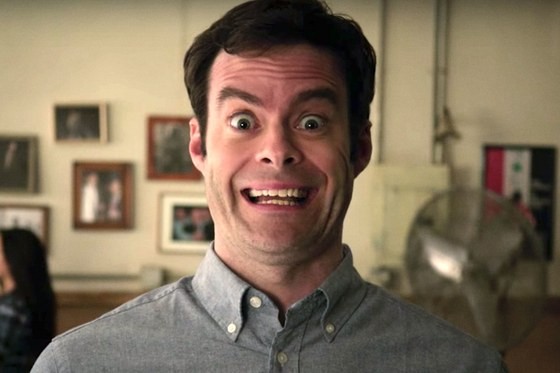 photo via HBO
Hello, Barry.
The National Hurricane Center is now saying there’s an 80% chance of a storm system headed southeast from the Midwest will develop into Tropical Storm Barry this week.

“A trough of low pressure located over the southeastern United States is forecast to move southward toward the northeastern Gulf of Mexico, where a broad area of low pressure will likely form in a couple of days,” said the NHC, part of the National Oceanic and Atmospheric Administration, in today’s 8 a.m. update. “Some gradual development is possible thereafter and a tropical depression could form by the end of the week while the low meanders near the northern Gulf Coast.”


There is a high probability (80%) that a tropical depression is likely to form by the end of the week over the northern Gulf of Mexico. This system also has the potential to produce heavy rainfall along portions of the northern and eastern U.S. Gulf Coast later this week. pic.twitter.com/fm8BnAh26O

The report added, “Regardless of development, this system has the potential to produce heavy rainfall along portions of the northern U.S. Gulf Coast later this week. For more information about the rainfall threat, please see products issued by your local weather forecast office and the Weather Prediction Center. Interests along the northern Gulf Coast and Florida peninsula should monitor the progress of this system.”

The storm is expected to accelerate after it eventually collides with the Gulf’s warm water, which is currently at 86.9 degrees, according to a reporting station in Pensacola, Florida.

Initially, the National Hurricane Center upgraded the storm’s chances of developing into a tropical system from 60% Sunday night, to 70% early Monday morning, and finally to 80% in the most recent 8.a.m. update.

Florida Gov. Ron DeSantis issued a warning on Twitter Monday morning. "We encourage all residents of North and Central Florida to prepare for the possibility of heavy rain and the potential for flooding in low-lying areas," tweeted DeSantis.


We are actively monitoring this weather system as it advances to the Gulf of Mexico. While it is premature to determine the potential impact to Florida’s Gulf Coast, heavy rain looks like an increasing possibility. https://t.co/SFfyhQZkbk

Barry would be the second named system of the 2019 season, after Andrea developed in late May. However, regardless of whether Barry emerges, forecasters are still predicting a very wet week for Central Florida, with heavy rain chances in the next five days and high temperatures in the low 90s.