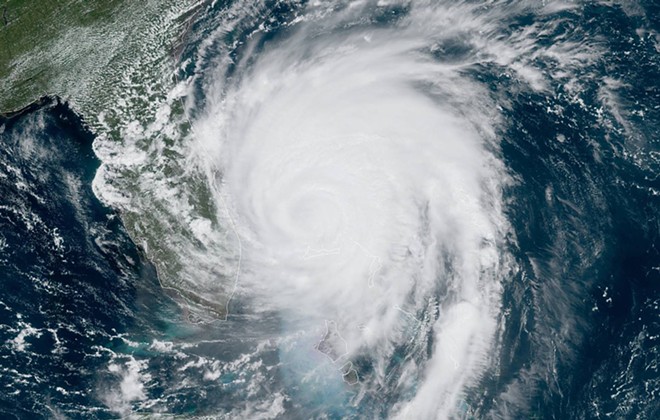 The National Oceanic and Atmospheric Administration forecasts an active hurricane season in 2022.

The government agency's Climate Prediction Center predicts a 65% percent chance of an above-average season, citing La Niña, decreased winds that would interrupt the formation of hurricanes and a strong monsoon season in  Western Africa that will lead to stronger tropical waves.

Overall, the NOAA predicts between 14-21 named storms. Of these storms, they expect 6-10 to become hurricanes. Of these ten hurricanes, they predict that 3-6 might become major hurricanes, defined as storms with winds of 111 mph or higher.

As recent storms in the Gulf have shown, it can take many years to recover  from Cat. 3 or higher hurricanes and the damage they cause.

“As we reflect on another potentially busy hurricane season, past storms — such as Superstorm Sandy, which devastated the New York metro area ten years ago — remind us that the impact of one storm can be felt for years,” said NOAA Administrator Rick Spinrad, Ph.D. “Since Sandy, NOAA’s forecasting accuracy has continued to improve, allowing us to better predict the impacts of major hurricanes to lives and livelihoods.”


The NOAA urged preparedness in all areas where hurricanes are likely, noting that large storms can span multiple states.

“Hurricane Ida spanned nine states, demonstrating that anyone can be in the direct path of a hurricane and in danger from the remnants of a storm system,” said FEMA Administrator Deanne Criswell. “It’s important for everyone to understand their risk and take proactive steps to get ready now by visiting Ready.gov and Listo.gov for preparedness tips, and by downloading the FEMA App to make sure you are receiving emergency alerts in real-time.”