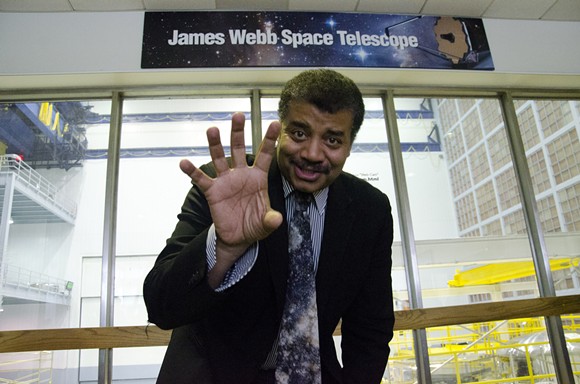 Both Tyson's Facebook page and the website of the Dr. Phillips Center for the Performing Arts indicate that the talk he was set to give at the Bob Carr Theater on Jan. 24 has either been postponed or canceled, following multiple accusations of sexual misconduct leveled against Tyson, the host of TV's Emmy Award-winning Cosmos reboot, in recent weeks.

The Dr. Phillips Center website doesn't cite a reason for the postponement. It simply states that those who paid for their tickets with credit or debit cards will be automatically refunded, while those who used other transactions should call 844-513-2014 to request a refund.

The website also states that current ticket holders will get pre-sale access to buy new tickets if Tyson's appearance is rescheduled in the future.

Tyson was also set to give talks at the Florida Theatre in Jacksonville on Jan. 21, which has since been removed from the venue's online calendar, and another in Boca Raton on Jan. 22, which is listed as canceled on Ticketmaster's website.

In a Dec. 1 post on his Facebook page, Tyson addressed the recent accusations: "For a variety of reasons, most justified, some unjustified, men accused of sexual impropriety in today's 'me-too' climate are presumed to be guilty by the court of public opinion. Emotions bypass due-process, people choose sides, and the social media wars begin."