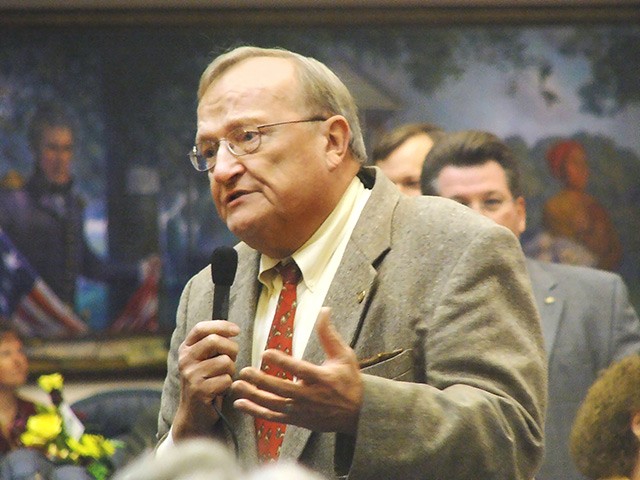 Don’t even get us started talking about last week’s meeting of the Orange County Board of County Commissioners, because you’re likely to get a 6,000-word earful (actually, you can read all 6,000 words of our time of discontent online in Bloggytown). But we’d be remiss if we didn’t at least acknowledge the political vortex – the actual black hole – that is the strategic mind of outgoing commissioner Fred Brummer. You see, Brummer, who already got laughed out of the chambers months ago for trying to almost totally rewrite the county charter on his way out the door (because that doesn’t sound suspicious, senile or politically motivated at all), stuck to his guns and decided to bring several of the key components of his particular brand of crazy back as individual ordinances, to be voted on either in August or November. Well, the whole thing went down like a shit show. Brummer’s attempt to rush the expansion of the number of districts from six to eight in order to accommodate Hispanics (or settle that pesky redistricting lawsuit by Hispanic groups that is happening as you read this) was called out for what it was by the public: pandering. His motion to make the petitioning process (like that employed by sick time advocates last year) more difficult was similarly shot down, at least by the public. Several commissioners argued that they still want to reconsider the initiative in order to protect business interests and practices, which, we should note, are basically the only things that have ever been petitioned against.

In the end, what we got was a ball of confusion, because that’s what the world is today. Other motions to subject constitutional officers to term limits of two four-year terms were dialed back to a more reasonable four terms, because most people agreed that you really want expertise in those offices, and that comes with time. Oh, and that “let’s pretend we’re all nonpartisan” bullshit ended up with seeming agreement that if we’re going to have a vote on that, why not do it in November, because that’s when everybody gets to vote.

The takeaway: Your county is dumb and sort of confused right now. It needs to lie down for a bit.