Miami firefighter recruit says he was teabagged by fellow cadet, then fired 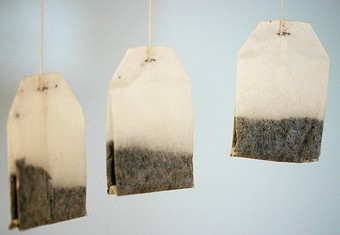 A new petition on Change.org charges that the city of Miami fired a young firefighter for reporting that he was sexually assaulted (via teabagging) by a colleague.

Posted by "annoymous beginings," the petition is headlined, "City of Miami Beach Fire Fighter Sexually Assaulted Scrotum on the Forehead."

"City of Miami Beach firefighter terminated after reporting an unconscionable act. An act which was a poison to the human condition every time it was experienced," the petition states." An act which most people would find offensive and never want to experience again. What was this act you ask? It was having another man take his testicles out on numerous occasions and put them in your face and on you on numerous occasions."

At first, we sort of wondered if this petition, which reads a bit like something that could have been posted in the Onion, was for real, but then we read the story at Miami New Times outlining the situation further. Apparently, a 26-year-old cadet, Brian Gentles, says he was routinely harassed by a fellow cadet, Daniel Fiorito. Gentles says Fiorito whipped out his testicles and hung them in Gentles face on multiple occasions. Once, Gentiles says, it happened when he was studying; another time, Gentles says he woke up to find Fiorito's ballsack plastered to his forehead. Gentles reported the incidents but says he was advised not to "snitch" on his fellow recruit, and he was eventually fired by the department. His alleged abuser, meanwhile, is now a firefighter for the city.

For more on this monumentally disturbing story, you can read the full New Times piece here. Then you can go sign the petition asking the city of Miami to review how it handled the situation at Change.org here.

As the petition states, "this was an injustice because the individual that assaulted this firefighter was another firefighter who would take his genitals and testicles out and put it on the other firefighter. This situation is setting a precedent one that is very ugly." Can't argue with that.

But there apparently is a precedent for this kind of thing ... one also documented by the Miami New Times in 2010, when a firefighter in Alachua County, "awoke from a nap and flipped on his laptop.Front and center on his desktop he found photos of two fellow firefighters tea-bagging his face."

When confronted, the two tea baggers admitted what they'd done – but told investigators they had their reasons.

"They told investigators that they'd cooked up the scheme only because the victim had tea-bagged them first," the New Times reported. "When police told that story to the victim, he apparently grew so enraged that he dragged a cop through the police station and had to be tackled by several officers and threatened with a Taser."