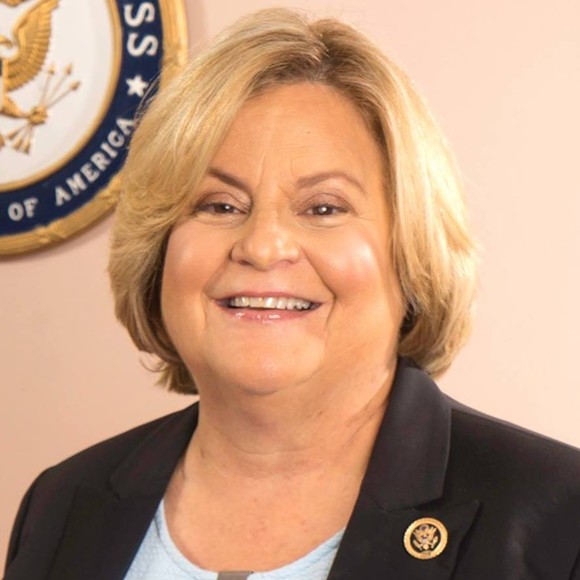 After more than three decades representing South Florida in Washington and Tallahassee, Republican Congresswoman Ileana Ros-Lehtinen announced Sunday she will not run for another term in 2018.

The announcement, reported by the Miami Herald, drew an outpouring of praise —- from Republicans and Democrats —- for Ros-Lehtinen, the first Cuban American to serve in the U.S. House. The announcement could also touch off a fierce election battle next year as Democrats see an opportunity to pick up the open seat.

Ros-Lehtinen, who was born in Cuba in 1952 and came to the United States with her family in 1960, wrote in a first-person piece on the Herald website that it is "time to take a new step."

"After more than three-quarters of my adult life in elected public service … I am confident that my constituents would extend my term of service further should I seek to do so," Ros-Lehtinen wrote. "But, we must recall that to everything there is a season, and time to every purpose under the heaven. The most difficult challenge is not to simply keep winning elections; but rather the more difficult challenge is to not let the ability to win define my seasons. This is a personal decision based on personal considerations; I will not allow my season in elected office (to) be extended beyond my personal view of its season, simply because I have a continuing ability to win."

Republicans and Democrats rushed to praise Ros-Lehtinen, who was elected to the Florida House in 1982 and the Florida Senate in 1986, before getting elected to Congress in 1989 in a special election.

"Congrats to @RosLehtinen on a trailblazing career in Congress," tweeted state Agriculture Commissioner Adam Putnam, a Republican who served with Ros-Lehtinen in Congress. "She championed the causes she holds dear and selflessly served our state."

Democratic Congressman Ted Deutch, who represents parts of Palm Beach and Broward counties, sent out a lengthy statement praising Ros-Lehtinen —- and included a picture of the two smiling broadly on a delegation visit to Israel.

"Every member of Congress should learn something from the way Ileana has conducted herself over the past 28 years," Deutch said. "She has crossed the aisle to stand up for what she believes is right. She has stood firm in her convictions and stood up for those she represents even when it meant making tough political choices."

Ros-Lehtinen's decision will lead to a closely watched race next year in Miami-Dade County's Congressional District 27, which was redrawn before the 2016 elections.

Ros-Lehtinen defeated Democrat Scott Fuhrman by a comfortable margin in 2016 —- 54.9 percent to 45.1 percent. But with the popular incumbent off the ballot in 2018, the dynamics will change, giving Democrats confidence they can win the seat.

"As one of the most Democratic districts held by a Republican representative, this district was always going to be competitive," Cole Leiter, a spokesman for the Democratic Congressional Campaign Committee, said in a statement Sunday. "Now it is all but guaranteed to be won by a Democrat who will finally provide the hard-working people who live there the representation they deserve."