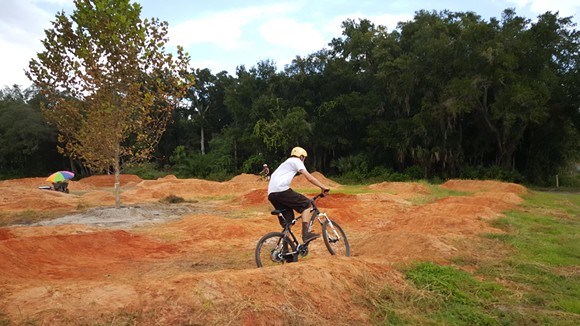 via Orlando Mountain Bike Park Facebook page
For years, Druid Lake Park has been closed. The city acquired the park, a little oasis in Coytown right off Colonial Drive, from the federal government in 2009. It was once part of Orlando's old Naval Base (which was located where the Baldwin Park neighborhood is now located), and the Navy had certified the soil at the site as environmentally safe before the city took it over. But in 2011, further testing found that the property was still too contaminated to use. So cleanup began. And went on and on and on.

Last year, the Sentinel reported that the park was supposed to reopen as a mountain biking park by the end of 2014, but obviously the project ran long. Over the past several months, though, the Orlando Mountain Bike Facebook page has been posting photos showing progress – trees being planted, berms being constructed, singletrack trails being cut. This week, the city officially announced that a ribbon cutting for the park will take place on Oct. 31.

The city says the park will have four acres of space for non-motorized mountain bikes, including a one-mile wooded trail and a 2,000 square foot youth pump track, a community garden, a small dog run that will eventually be expanded, benches and access to the Cady Way Trail. 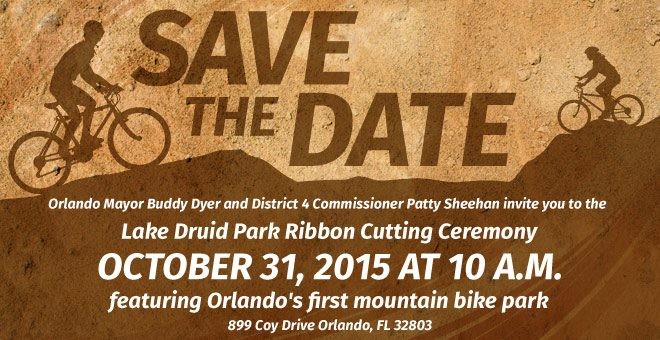