Who will love Legoland's new theme park, and who will loathe it? 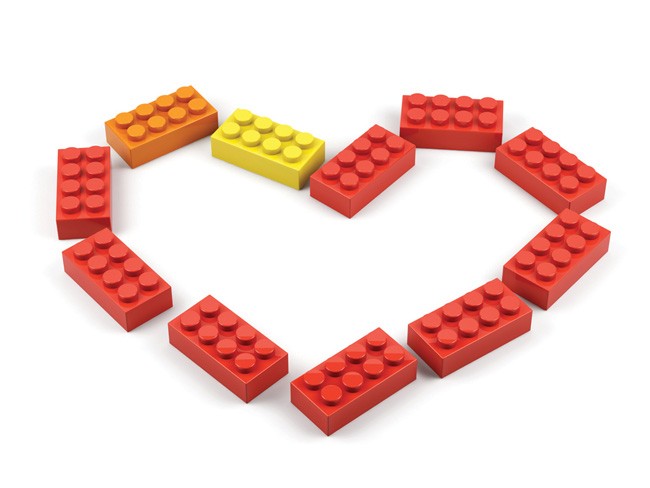 I’ve eagerly attended the opening of almost every area attraction since Disney’s Animal Kingdom, but the freshly opened Legoland simply wasn’t built for me. And I’m OK with that. You can be too, if you know before you go who Central Florida’s newest theme park (which rose from the ashes of its oldest) is designed to delight.

People who will loathe Legoland:

Signage sticklers: The drive from Orlando to Legoland (inconveniently located in Winter Haven) includes 18 miles along US-27, Florida’s second-ugliest highway after OBT. I’d hoped to see giant Legos along the way like Burma-Shave signs, but there’s nary a billboard. Likewise, Legoland’s layout is a spaghetti bowl of meandering paths and dead ends – great for exploration, bad for finding bathrooms. Add in unfailingly friendly but shockingly uninformed employees, and I get the impression Legoland needed more rehearsal before its prime-time debut.

Thrill seekers: If you’re interested in E-Tickets, Legoland’s “pink-knuckle” attractions are unlikely to excite. Cypress Gardens’ classic wooden Starliner was cut up for kindling, and the two junior coasters left standing were slowed down. Only the Technic Test Track “wild mouse” coaster (no relation to the Epcot attraction) will exhilarate anyone over 12.

Show watchers: Cypress Gardens’ waterskiers were world-famous, but Legoland’s ski show is an awkward mess that asks kids to root for “imperial soldiers” against plundering pirates (as if!). Life-sized Lego guys on skis sound nifty, but in their bulky costumes they can barely stay up, much less make human pyramids. The park’s other show, a slapstick skit about fire safety, is more watchable, but beware: The first couple of rows are an unmarked splash zone. A “4-D” theater showing a rotating trio of eye-strain-inducing toy commercials rounds out the lackluster entertainment options.

Couch potatoes: Unlike most parks’ passive approach, almost all of Legoland’s rides demand active participation, sometimes to the point of serious exertion. I tried the Fire Academy with TheDailyCity.com’s Mark Baratelli; it involves vigorously pumping to move your fire truck toward the “burning” building, more pumping to squirt water at the faux flames, and even more pumping to get home. No sniggering, please.

Plus-sized people: Perhaps it’s the park’s European origins, but many of Legoland’s attractions feature dimensions unfriendly to full-sized Americans. I ended up with sore knees from one coaster and battered cheeks from another. Plus-sized patrons can’t experience several attractions at all; I saw one beefy (but not obese) father get booted off a loading platform in front of his boys.

People who will love Legoland:

Detail divas: The bulk of Legoland has the bland simplicity of a plastic playset, but the heart of the park features more OCD detail than all of Disney and Universal combined. Miniland features “miniature” (meaning 10 feet or smaller) cityscapes built from more than 25 million tiny bricks: San Francisco; Washington, D.C.; Manhattan and, exclusive to this park, Floridian sites including Daytona International Speedway, Kennedy Space Center and Ybor City. All are executed in exacting detail, with button-activated effects and humorous detail throughout. Look for the mime-versus-living statue rumble in Central Park, and the enraged elder overturning a chessboard in Little Havana.

Nostalgia nuts: If Miniland is Legoland’s heart, the lovingly preserved Cypress Gardens is its soul. The original botanical displays look better now than at any time since the 2004 hurricanes, and even the belles are back, albeit made of plastic bricks. The Island in the Sky observation platform has also been resurrected, granting exquisite views from Lake Eloise to Bok Tower. For those old enough to remember the park’s 1950s heyday, there are discounted over-60 tickets and annual passes – perfect for bringing the grandkids.

Polk politicians: As Merlin Entertainments Group CEO Nick Varney emphasized in his grand opening remarks to assembled dignitaries, his company, which operates Legoland and is also building attractions on I-Drive, needs continued local support to expand Legoland into a multi-day resort. (There’s a water park opening this spring, with more rides and a hotel to follow.) With Polk County unemployment at 12.1 percent, any elected officials impeding additional Legojobs might find themselves looking for a new job.

Block-crazed kids: Let’s face it: None of my park-geek critique means squat to Legoland’s target demographic. If you’re under 11, this is the coolest place on earth – maybe even better than Disney, since most of these rides have lower minimum-height restrictions. If your spawn has succumbed to the Lego lure, bite the bullet and board the shuttle bus ($5 per person round trip from the Orlando Premium Outlets). As long as you try to see the place through tiny eyes, you’ll have a blast.