Letters to the editor: Thanks a lot, Grandpa

'Not only is Grandpa feeling free-er by having his freedom taken away, he is voting in grifters who will take his money.' 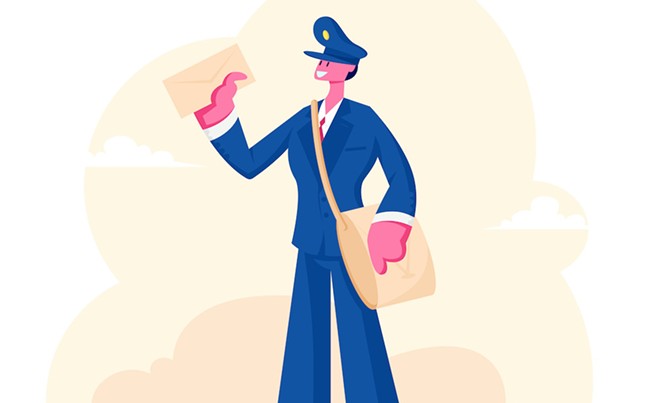 Shirtsleeves to shirtsleeves in two generations. How will we all feel about that? Why oh why is it happening? It’s a mystery.

Hasn’t it been a mystery to you that Grandpa wanders around repeating the most immature, insane dribble? Where is he getting it from?

Aging ain’t easy. His testosterone drops as it does naturally and he hungers for jolts of adrenalin. This can explain the “internet café” fix of gambling. That’s one way to get an addictive high. Nice it isn’t through drugs.

But he bellies up to the bar, says the latest homilies from the Fox News church his drinking buddies worship, and feels what? One assumed adult humans dislike being dictated to, but hold my beer.

If it is a baby-man combo, you get to turn off your own decision-making adulthood and yet get a twofer. It feeds a superiority complex over these immature temper tantrum-throwing dictate-ors. Ah, lots of history on that. Crawl back into the womb. Hand your rights to those who dictate. The worse the better.

Hitler, Stalin and Mussolini have to be the fave babes of DeSantis, Trump and Charles Koch. Koch hands the cash to ALEC, which controls your state and pays for the recent operative to control DeSantis in his campaign. He even funds the Federalist Society, who put their cult members on the Supreme Court. Maybe not the worst thing the Koch family has done, as they got their trust fund from Stalin due to Daddy’s dealings. Stalin is famous, of course, for murdering 20 million of his own people.

When corporations backed off pushing ALEC, Koch stepped in. Just to move the knife around after stabbing the families of this nation, cuts are on the way so babies won’t have infant mortality protection. It’s 50 years of the Koch Brothers dictating to fleece us and hand hard-earned cash to them.

Next order of business? The vultures have picked state education accounts clean. Now to go after grandpa. Senator Scott repeated verbatim from a half-century of Koch writings. Scott is safely not at risk in this election cycle, but still likes Koch cash.

That’s right. They’re circling to grab Social Security. Grandpa is not only feeling free-er by having freedom taken away by those who dictate, he is voting in Koch-funded grifters that will take his money.

He is in his bliss. Next time he bellies up to the bar, what happens? I hope a few have gotten wiser. Koch Team DeSantis could care less about us. Or retirees or children.

DeSantis is a lonely guy with no friends and only talks to millionaires or their operatives. Putin is not quite as bad, as he has his old rich KGB buddies. Even Trump, according to his niece, spent work days chatting to golfing buddies.

Consider a penniless future and you’ll be moving in with a granddaughter? She has no car and walks to the Methodist Church five miles for a daily ration for herself and her baby. Hunger is everywhere.

At least the Great Depression had Relief. There are now huge swaths of our country smashed down with at-risk babies and elders passing before their time. It only gets worse.

Each individual family gets destroyed. A whole United States lost in despair. You’d be lucky to have shirtsleeves.

At least you can whine more and beg as you manage to age. That must be what this whole MAGA mystery has been about.  — Catherine Hettinger, Winter Park
Scroll to read more Views + Opinions articles
Join the Orlando Weekly Press Club