Letters to a Satanist: How should Satanists deal with mandatory abortion waiting periods? 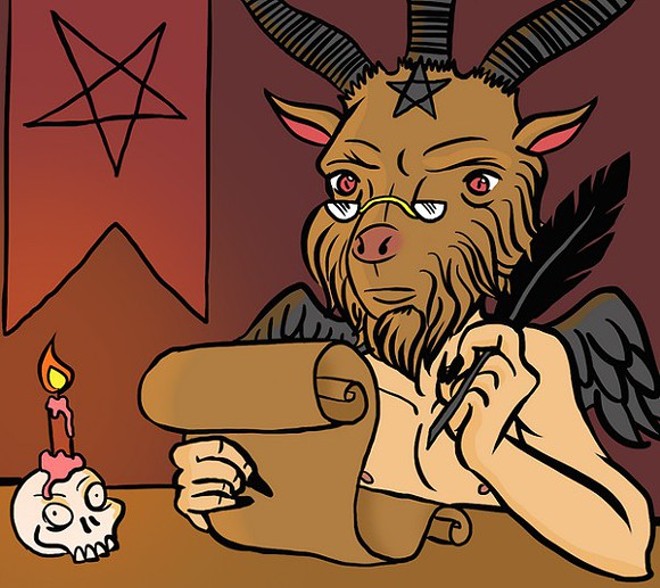 Lee DeVito
This past Summer, following the Supreme Court’s controversial Hobby Lobby ruling, The Satanic Temple (TST) drew up a document of religious exemption to be used against superfluous anti-abortion legislation. The exemption targeted “informed consent” laws requiring that women seeking abortions should be subjected to compulsory state-mandated “informational” materials that are often scientifically unsound. In fact, these materials appear as brazen attempts to dissuade women from abortion and create guilt in those seeking the procedure. Among our fundamental tenets, TST holds that “one’s body is inviolable, subject to one’s own will alone,” and, “Beliefs should conform to our best scientific understanding of the world. We should take care never to distort scientific facts to fit our beliefs.” The logic of our deeply-held beliefs is such that bullshit claims contained in “informed consent” propaganda (such as the notion that abortions contribute to breast cancer and/or lead to suicide) are an affront to our religious values.

The Hobby Lobby ruling, affirming that the corporation’s “deeply held beliefs” allowed them to declare certain contraceptives as abortifacients when in fact they were not, set a precedent whereby TST could firmly declare a protected belief in the illegitimacy of anti-abortion state-mandated materials.

Recently, a member of The Satanic Temple informed us that she soon intends to present our exemption letter as she seeks an abortion in the state of Missouri. However, in Missouri, women seeking abortions are faced with a problem far more dire than that of insulting and inaccurate state propaganda: they are also required a 3-day (72 hour) waiting period for the procedure. With only one clinic in the state, those traveling a substantial distance often are forced to take significant time away from work while paying for overnight lodging. In response, we are providing an exemption from the waiting period, similar to the exemption from Informed Consent materials. 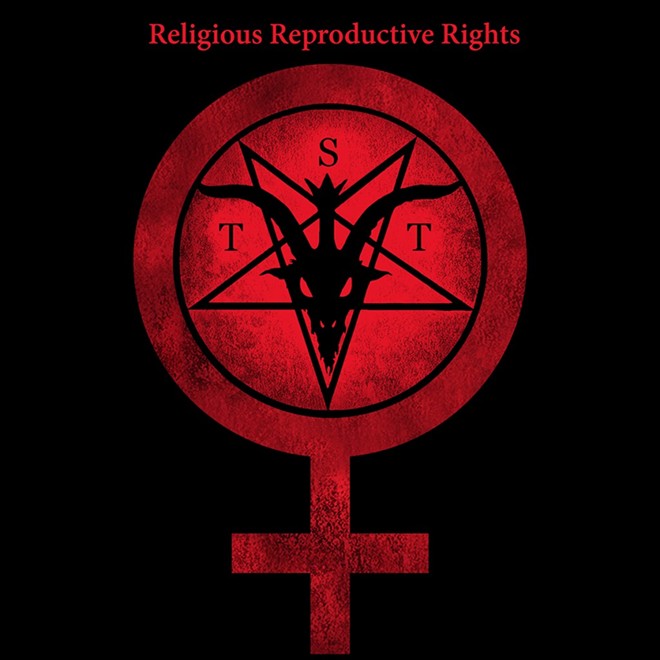 Now the question is asked, ‘how are deeply-held beliefs in scientific evidence, bodily autonomy and personal sovereignty employed to leverage an exemption against abortion waiting periods?’ How is it that the waiting period directly violates any of those?

Put simply: One’s body is subject to one’s own will alone, therefore the process by which one arrives at decisions related to one’s body should never be subjected to the degrading arbitrary whims of petty, pious politicians. The 72 hour waiting period is nothing more than an offensive, intentional imposition upon a deeply personal decision-making process. There is no medical justification for the waiting period, only the ignorant hope that some women may — some time within that 72 hours — only then first consider the ramifications of their choice, consequently reversing course.

The fact is, rational arguments supporting the waiting period are non-existent. Being asked to argue against frivolous and inane regulations inappropriately shifts the question to ‘why not?’ before an answer to ‘why?’ was ever properly articulated. The burden of proof is upon the venal politicians of Missouri, who supported the moronic waiting period bill, to show an imminent need for placing this burden upon women who share our beliefs.

We shall seek to defend our exemptions in court if they are not respected. After decades of attempting to define “religious liberty” in terms of combatting rational family planning, it’s time that the conservative religious right learns that religious liberty works the other way, too.

Those wishing to contribute to The Satanic Temple’s legal fund to defend religious reproductive rights may do so here.

Lucien Greaves is the pen name/pseudonym for Doug Mesner, spokesman for The Satanic Temple.