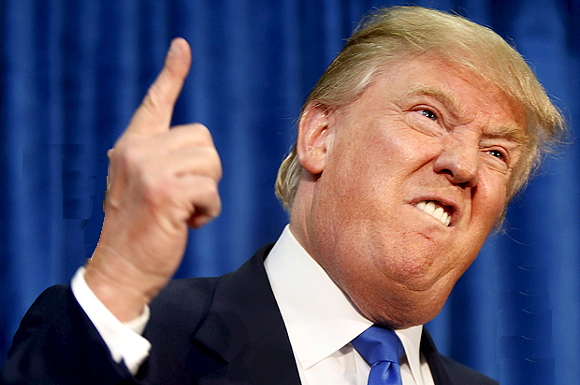 via Mike Licht, Flickr Creative Commons
If you're a Donald Trump supporter, Super Tuesday was probably downright exhilarating. For everybody else (present company included), it was horrifying. Trump won seven states yesterday (go home, Alaska, Arkansas, Georgia, Massachusetts, Tennessee, Vermont and Virginia, you're all drunk), and naturally most everyone who's not with him has one massively important question: WTF?

Local political consulting business You Should Run, founded by former Orlando Weekly contributor Dave Plotkin, has an event planned to help you come to terms with Trump's candidacy and connect with others like you. The organization is hosting a series of events called Let's Talk About Trump, in which Democrats, Republicans, NPAs and undecideds can gather to listen to panelists answer questions about Trump and have an open discussion about the best ways to respond to Trump's candidacy. No media spin, no social media memes, no pundits – straight talk about how to come to terms with Trump.

The first Let's Talk About Trump event will be held in Orlando on March 16, location to be announced. Discussions will take place from 6 to 9 p.m., followed by live music, comedy and activism starting at 9 p.m.

The event is free, but you'll need to RSVP to get in and space is limited. Local nonprofits and activist organizations are welcome to set up tables to showcase their community work (Email [email protected] for information). For anybody who's thinking about showing up to heckle and disrupt, Trump supporters aren't welcome inside the event, but they're welcome to protest and rally outside as long as they keep it peaceful. There will be security on hand.

"The antidote to mass-media manipulation is conversation and community," the event's Facebook page says. "Let's Talk About Trump, Orlando, and let's do something about this."