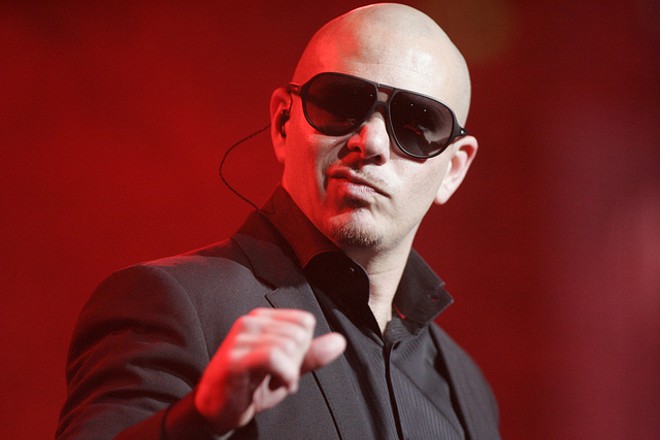 Photo by Eva Rinaldi via Flickr
Florida's tourism-marketing arm no longer enters into contracts in which details are shrouded in trade secrets, the leader of the agency said Wednesday.

The House on Tuesday filed a lawsuit to open to the public the details of an expired Visit Florida contract with Miami rapper Armando Christian Perez, better known as Pitbull.

On Wednesday, Senate Transportation, Tourism and Economic Development Appropriations Chairman Jeff Brandes, R-St. Petersburg, expressed concerns about Florida "values" in the wake of Pitbull promoting the state at concerts and in a video for the song "Sexy Beaches."

"I don't mind trying new things, but I think they need to reflect the values of our state," Brandes said after his budget-writing subcommittee held its first meeting in advance of the 2017 legislative session.

The video highlighting parts of South Florida features women dancing in bathing suits on the beach and drinking outside hotels and in a nightclub.

On Tuesday, attorneys for the House filed a lawsuit in Leon County circuit court seeking a ruling on a claim by PDR Production that the expired contract from the 2015-2016 fiscal year includes trade secrets that have kept terms of the deal out of the public. The lawsuit also asks for immunity from civil action for House members and staff if they potentially disclose terms of the contract.

The House wants to be able to discuss the details of the contract as it deliberates future funding for the public-private Visit Florida. The agency received $78 million from the state for the current year and is asking lawmakers for $76 million during the fiscal year that will start July 1.

Leslie Jose Zigel, a Miami attorney with the firm Greenspoon Marder who represents PDR Production and Perez, had no comment Tuesday when asked about the lawsuit.

After the subcommittee meeting Wednesday, Visit Florida President & CEO Will Seccombe said he couldn't discuss the lawsuit but defended the PDR contract.

"I'm very hopeful that Pitbull will ultimately release it, but at the end of the day we do know that we had a significant return," Seccombe said. "We don't ever do anything based upon gut instinct. This was a strategically based decision, a lot of metrics in place. And we've had independent third-party validation from Nielsen Sports & Entertainment that says we've received over $8.50 dollars in media value for every $1 that we've invested ... in the Pitbull program."

Pitbull's contract isn't the only marketing effort that has drawn questions for the agency.

In the previous fiscal year, the terms weren't release. When the contract was renewed, Visit Florida announced that team owner Shahid "Shad" Khan, a Naples resident who also owns the Jacksonville Jaguars of the National Football League, agreed to publicly release the details of the contract.

"We made the commitment that we will not ever enter into an agreement that can't be made fully public," Seccombe said. "I think it's incumbent upon Visit Florida to always be able to demonstrate the results that we're able to achieve and the return on investment."

The agency less than a decade ago received $29 million from the state for its marketing efforts. Gov. Rick Scott and Visit Florida have said the state continues to post record tourism numbers this year despite hurricanes, the spread of the mosquito-borne Zika virus and a mass shooting at an Orlando nightclub.

In November, the agency reported a record 26.9 million people traveled to Florida between July 1 and Sept. 30, a 5.1 percent increase from the same period in 2015.

"If you look at the trajectory over the last five years, it's been a success," Seccombe said. "In fact, we had more visitors in the first nine months of 2016 than we had in the entirety of 2010."

Scott has set a goal of 115 million visitors this year, which would be up from the 106 million reported for 2015.