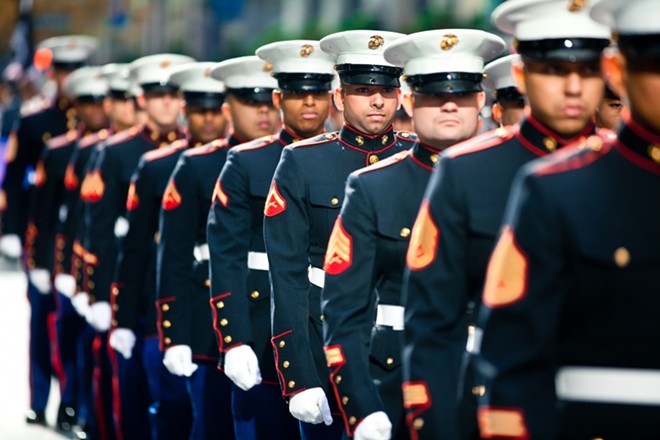 Photo by Sgt. Randall Clinton via DVIDSHUB/Flickr
In a lawsuit filed March 27 in Florida's Middle District Court, a Sarasota non-profit called American Veterans Foundation Inc is accused of bilking more than $6.5 million from donors who thought they were sending care packages to troops overseas, and helping homeless vets.

The lawsuit alleges that the "donations almost entirely benefited" the group's founder, Paul K. Monville, who ran the non-profit between 2014 and 2017. Monville is accused of recruiting for-profit groups to call and solicit donations, which usually ranged between $10 to $50.

However, according to the U.S. Attorney's Office, 92 percent of all that money that AVF earned went to Monville and his fundraisers.

In 2014, the group only helped literally one homeless veteran with a single payment of $1,565, or 0.2 percent of its annual contributions, says the lawsuit. Later that year, the group decided to stop assisting homeless vets (or that one veteran), but continued to advertise the service and solicit donations. The group also stated that they offered counseling and referral programs despite never spending a single dollar on such programs, says the lawsuit.

Here’s one of the more grueling parts of the lawsuit: 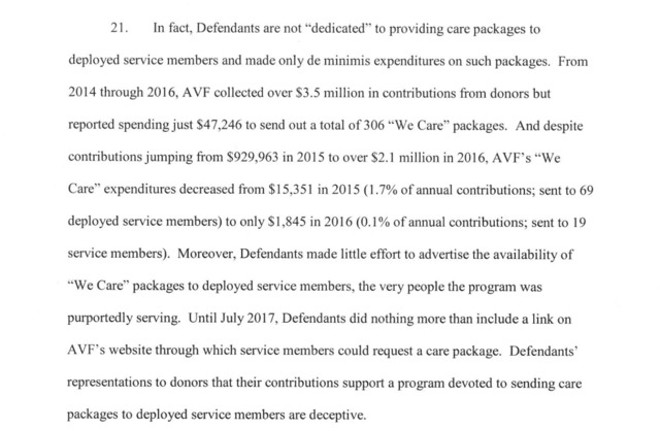 The U.S. Federal Trade Commission and the Florida Attorney General’s Office are seeking injunctive relief against AVF, as well as restitution, rescission or reformation of contracts, disgorgement of ill-gotten monies, and a refund of stolen money.