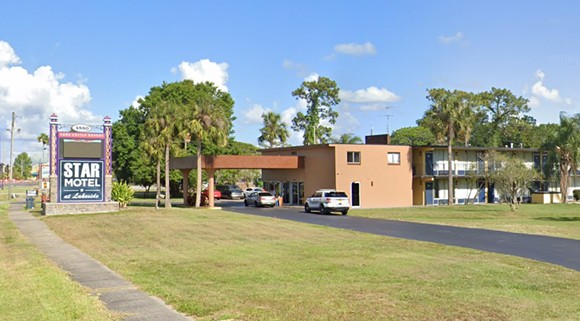 Photo via Google Maps
Star Motel at 4880 W. Irlo Bronson Memorial Hwy., Kissimmee
Residents at the Star Motel at Lakeside and the Lake Cecile Inn in Kissimmee had their power services shut off last week.

The owner of the two neighboring extended-stay hotels, Mary Nguyen, has neglected to pay bills to the Kissimmee Utility Authority and Toho Water Authority, which have ballooned over $30,000.

As a result, tenants, including hundreds of families who live in the hotels, woke up the morning of Thursday, Dec. 5 without heat or power. Tenants told WESH 2 that they were not warned, even though they already paid rent for their monthly stay.

One resident of the extended-stay hotels contacted a lawyer who filed an emergency injunction with the utility companies and Lake Cecile Inn. By the afternoon of Dec. 5, the properties had power restored. Toho Water said it would wait to shut off service until the outcome of the injunction in court, which requests that power and water be restored for the next 30 days. 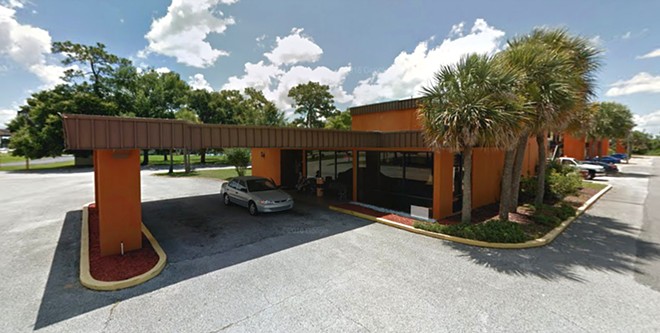 Photo via Google Maps
Lake Cecile Inn at 4900 W. Irlo Bronson Memorial Hwy., Kissimmee
Monday, an Osceola County judge denied the injunction. Attorney Jeremy Hogan, who filed it, noted that his client was not given any warning about the shut-off of utilities, adding that there should be protections against such things for people living in hotels.

"I think that is something the legislature could or should address, because these people who are staying month-to-month or long-term need to be given notice if the power is going to be shut off," Hogan said in court. "Otherwise we are going to be in this situation over and over."

Attorneys for both utility companies told the court that they legally cannot provide service to a client who is not paying their bill.

The court did rule that Nguyen has 48 hours to pay her bill.

Water at the Lake Cecile Inn and Suites will be cut Friday, Dec. 13 due to non-payment, Toho Water told Orlando Weekly in an email. Star Motel at Lakeside has paid its bill and it’s water service will not be disconnected.