Kendrick Lamar's only non-festival Florida stop on 'Mr. Morale & the Big Steppers' tour is in Tampa 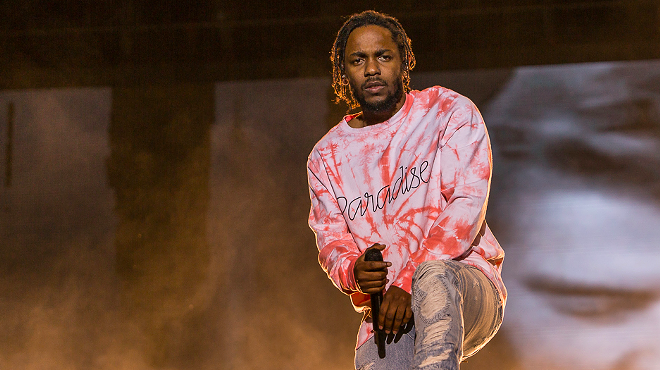 At this very moment, hip-hop fans across the world are probably listening to two albums released today: Kendrick Lamar's double-LP, Mr. Morale & the Big Steppers and Finally, New by Tampa Bay's own They Hate Change.

Local fans already got a chance to see Change this week, but Lamar—who won a Pulitzer for his last studio album, DAMN.—also has plans to play Tampa Bay this summer.

Tickets to see Kendrick Lamar play Tampa's Amalie Arena on Wednesday, July 27 go on sale next Friday, May 20 at noon. A CashApp customer presale happens on Thursday, May 19 at 10 a.m. Tickets start at $59.

The only other Florida show is on July 24 at Rolling Loud in Miami, and depending on proximity clauses in the contracts of Rolling Loud artists, Lamar's Tampa stop could be full of surprise guests.

Lamar's cousin Baby Keem, who just played St. Petersburg in March, will open the show along with Tanna Leone, who recently signed to Lamar's pgLang imprint.

Cornrow Kenny last played Amalie Arena when he headlined in 2017 and opened for Kanye West in 2013. He also headlined an all-star tour that stopped at MidFlorida Credit Union Amphitheatre in 2018.