Keep an eye on the Rollins Greenhouse livecam and you may see their corpse plant bloom UPDATE: It bloomed!!

A still from the Rollins Greenhouse livecam.
And what an enticing opportunity that is!

Manager of the Rollins Greenhouse Alan Chryst and his staff have waited for 11 years to see the first bloom erupt from their "rare and  stunning corpse plant (or Amorphophallus titanum if you want to get scientific)." The corpse plant is so named for its horrific stink, said to resemble rotting meat or a decomposing mammal. It's one of the largest flowering plants in the world, and it blooms just once a decade – cause for joy! – though the bloom brings with it the smell – mmm, not so much of a joy. According to the Greenhouse staff:

During its 36-hour blooming cycle, the plant reveals a flowering protuberance that may stand several feet tall, making it one of the world’s largest single-stemmed flower clusters. Stay tuned to the Greenhouse Cam to catch this once-in-a-decade bloom in real time.
http://www.rollins.edu/greenhouse/


What, no Smell-o-Vision? Here's what it might look like when it blooms, so stay tuned to see this happen: 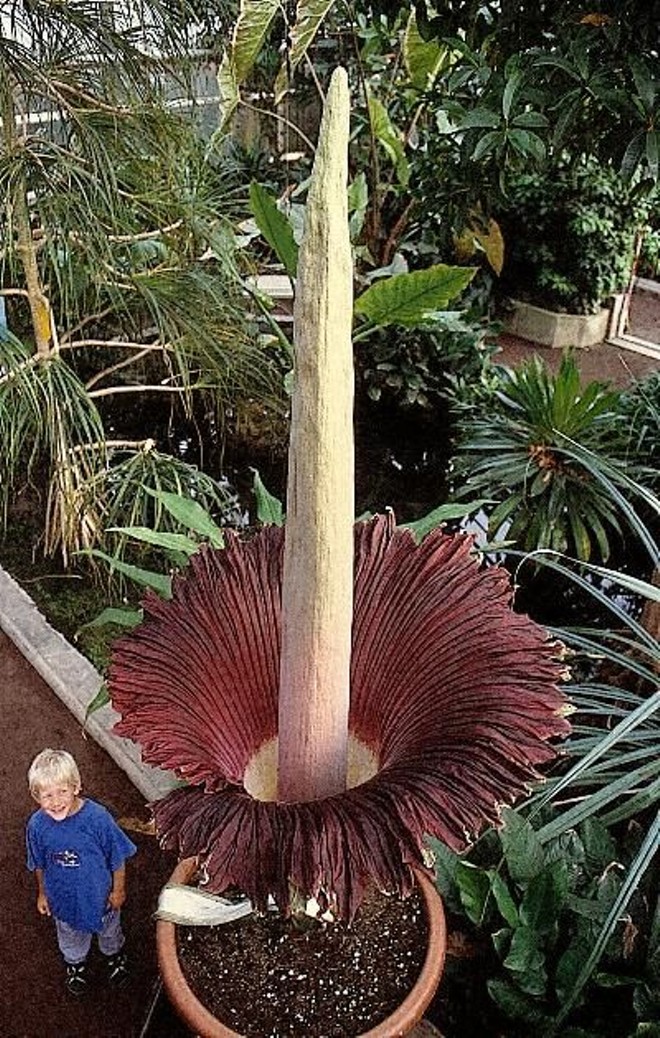 UPDATE: 2:35 Friday, April 10 — after accusing Rollins on Twitter of posting a GIF, not a livecam, last night, I was told that it is growing an inch per day and should bloom by weekend. I went back just now and IT HAS CHANGED! Looks like this now (compare to original screengrab above): 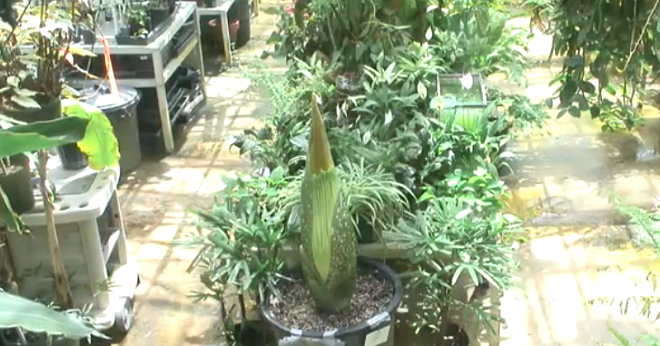 UPDATE: 11 a.m. Monday, April 20: IT BLOOMED! Screengrab below. According to a Rollins spokesperson, "The corpse plant bloomed last night, and is already beginning to close."

If you can get to Rollins by early afternoon, you may get to see/smell this thing, but otherwise, you can watch the livecam to see it close up. 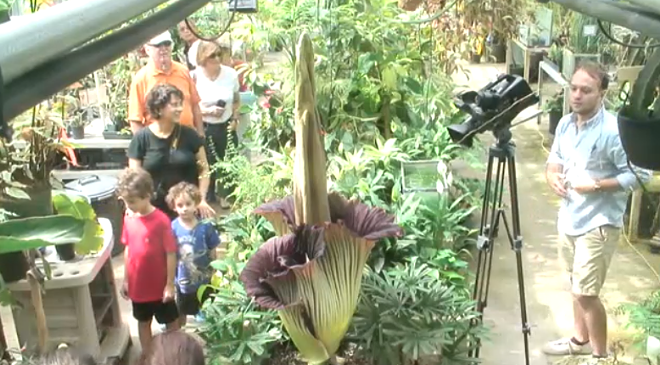