Just a reminder that Florida residents have until Dec. 31 to sign up for Obamacare 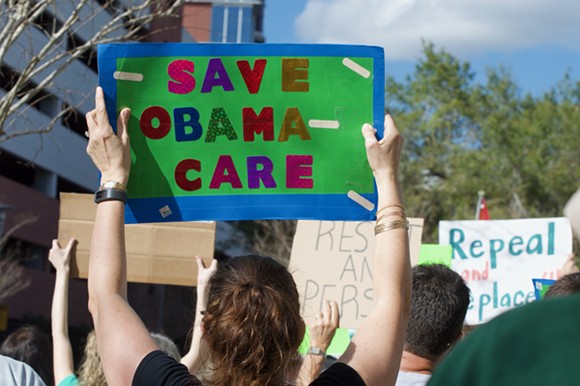 Photo by Monivette Cordeiro
Right now, despite Donald Trump's attempts to completely destroy Obamacare (and anything else Obama ever did), record numbers of people are still signing up for 2018 coverage under the Affordable Healthcare Act and for Florida residents, there's plenty of time left.

Even though the Trump administration compressed the normal three-month enrollment period into just 45 days, as of last week, nearly 4.7 million people have signed up for a health plan through HealthCare.gov, reports the Los Angeles Times.

While the final enrollment deadline for most states is this Friday, Dec. 15, thanks to a special extension granted because of our awful hurricane season, Florida residents actually have until Dec. 31 to get covered.

According to an advisory from the Centers for Medicare & Medicaid Services, the Dec. 16-31 special enrollment period is available for anyone "residing in or moving from areas affected by a hurricane-related weather event in 2017," which includes all of Florida's 67 counties.

After Dec. 15, you will no longer be allowed to just log onto Healthcare.gov and select a plan; you'll actually have to pick up the phone and call the Centers for Medicare & Medicaid Services’ Marketplace at 1-800-318-2596 "to request enrollment."

Expect one hell of a call wait time.