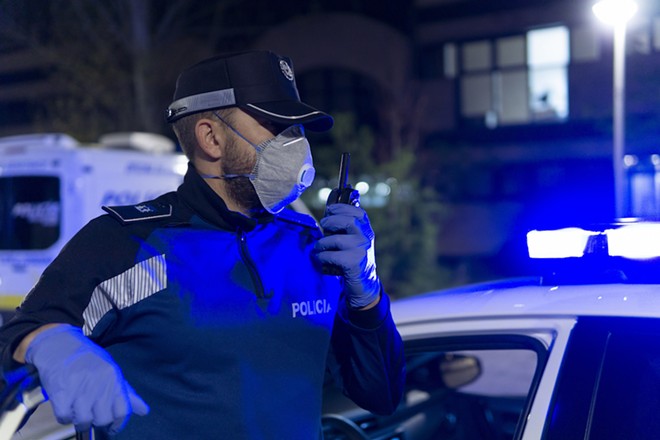 Photo via Adobe Stock
Weighing issues of open government and victims’ rights, a Leon County circuit judge Friday rejected an attempt to shield the identities of police officers who were involved in use-of-force incidents.

The ruling by Judge Charles Dodson came in a closely watched case about how to apply “Marsy’s Law,” a 2018 state constitutional amendment that expanded victims’ rights. Two Tallahassee police officers contended that the amendment should shield the release of their names because they had been victims in incidents that required the use of force — including a high-profile incident in which an officer shot and killed a transgender man.

But Dodson wrote that the “explicit language of Marsy’s Law was not intended to apply to law enforcement officers when acting in their official capacity” and said the case involved balancing victims’ rights with the “public’s right to hold government accountable by inspecting public records.”

“Law enforcement officers have a unique public duty to enforce the laws of our state,” Dodson wrote. “Theirs is a very difficult and important job. The public has a vital right to evaluate the conduct of our law enforcement officers, who are empowered to arrest people and use deadly force. For this court to hold that on-duty law enforcement officers may use Marsy’s Law to prevent the disclosure of their names would provide them with a protection not intended by the express purpose of that law.”

"The public has a vital right to evaluate the conduct of our law enforcement officers, who are empowered to arrest people and use deadly force."

Dodson ordered the city to disclose public records that include the names of the officers, who have been identified in the lawsuit as John Doe 1 and John Doe 2.

The Tallahassee Democrat newspaper reported that Stephen Webster, an attorney for the Florida Police Benevolent Association, said lawyers for the officers immediately filed a notice of appeal. Webster said the officers are entitled to an automatic stay of Dodson’s ruling until the 1st District Court of Appeal can review the issues. Dodson’s ruling was not immediately posted on the Leon County clerk of court website, but the Democrat published a copy of it online.

Florida voters’ passage of the Marsy’s Law amendment was part of a broader attempt to bolster victims’ rights rooted in the 1983 death of a California woman, Marsy Nicholas, who was stalked and killed by an ex-boyfriend. Marsy Nicholas’ brother, Henry, is the co-founder of Broadcom Corp. and has spearheaded the Marsy’s Law movement nationally.

The amendment spelled out a series of rights for Florida crime victims, including a right to “prevent the disclosure of information or records that could be used to locate or harass the victim or the victim’s family, or which could disclose confidential or privileged information of the victim.”

In the lawsuit, the PBA contended that the two officers in the use-of-force incidents acted in self-defense and were victims. For example, the union contended that Officer John Doe 2 was the victim of an aggravated assault with a deadly weapon in the May 27 incident involving the shooting of transgender man Natosha “Tony” McDade and, as a result, should be able to invoke the privacy privilege under Marsy’s Law.

The PBA sued the city to try to prevent the disclosure of the officers’ names. But the First Amendment Foundation and several news-media organizations intervened in the case, contending the names should be released. First Amendment Foundation President Pamela Marsh said last month she expected the lawsuit to wind up at the Florida Supreme Court, as it could set a precedent.

(Disclosure: The News Service of Florida is a member of the First Amendment Foundation but is not involved in the case.)