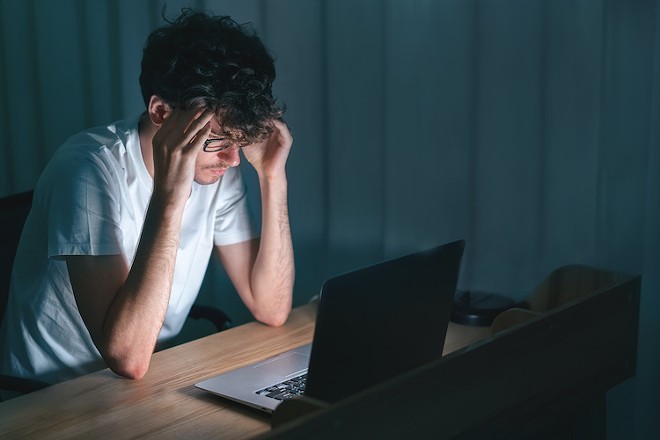 A Leon County circuit judge on Monday dismissed a potential class-action lawsuit against the state and Deloitte Consulting stemming from problems with Florida’s online unemployment compensation system during the COVID-19 pandemic.

Judge John Cooper, for the second time in less than six months, said plaintiffs could not overcome legal hurdles to pursue the case against the Florida Department of Economic Opportunity and Deloitte, a contractor that helped put in place the CONNECT online system in 2013.

After dismissing the case in September, Cooper allowed the plaintiffs to file a revised version. But he wrote Monday that the “nature of the plaintiffs’ claims in the (revised version) are unchanged from their previous complaint; the clear constitutional defects and other deficiencies in those claims have not been addressed.”

In part, Cooper wrote that the lawsuit is barred by the separation of powers between the judicial and executive branches of government.

“Plaintiffs impermissibly ask this court to impose tort liability and grant injunctive relief based upon the department’s discretionary, planning-level decisions related to the design of the state’s (unemployment) system and its subsequent decisions regarding how best to respond to the unprecedented increase in initial … claims as a result of the COVID-19 pandemic,” he wrote.

Among other things, Cooper also cited sovereign immunity, which helps shield government agencies from lawsuits. He wrote that sovereign immunity also extended to Deloitte because it “acted at the state’s direction and control in assisting with the design and implementation of the CONNECT system.”

The ruling came even after the inspector general's report pointed to problems with the system that went unaddressed, supporting the plaintiffs' argument.

The lawsuit was filed last spring after the CONNECT system was overwhelmed by claims from people who lost jobs as the pandemic forced business closures. It sought damages and raised several arguments, including that the department and Deloitte were negligent and breached a fiduciary duty.

Cooper last month held a hearing on motions by the department and Deloitte to dismiss the case and issued his rulings Monday shortly before Deloitte officials went before a Senate committee to discuss the company’s role with the CONNECT system.

The ruling also came after Gov. Ron DeSantis’ office released a draft report Thursday by Chief Inspector General Melinda Miguel that pointed to longstanding problems with the system that had gone unaddressed, echoing an argument that the plaintiffs made in the lawsuit.

Trying to capitalize on that, the plaintiffs’ attorneys Thursday quickly filed a copy of the inspector general’s report at the court. The attorneys, Marie Mattox and Gautier Kitchen, wrote that the report “supports virtually every, or almost every, argument plaintiffs have made in this case. This document is critically important for the court’s consideration of the pending motions to dismiss.”

But in a pair of orders dismissing the case, Cooper flatly denied the plaintiffs’ arguments.

“After more than nine months and multiple rounds of pleading, plaintiffs are still unable to demonstrate their entitlement to relief,” he wrote. “The court has considered the arguments of the parties both in briefing and oral argument and determined that dismissal with prejudice is appropriate.”