Photo via forthepeople.com
Orlando attorney, businessman, and medical marijuana advocate John Morgan announced today that he will not seek the Democratic nomination for the governor of Florida.

Morgan, who has yet to even announce if he'll run for governor at all, took to Twitter Friday morning to announce his decision. "Spent all of Thanksgiving with my whole family,” said Morgan in his initial post. "While it’s amazing to be leading the polls for Governor without being a candidate I can’t muster the enthusiasm to run for the nomination."

And I can’t muster enthusiasm for any of today’s politicians. They are all the same. Both parties. I plan to register as an Independent and when I vote, vote for the lesser of two evils. And if I ever ran, run as an Independent. #ForThePeople

In a Wednesday interview with the Orlando Sentinel Morgan, who owns not only his own law firm but a handful of other Florida businesses including the attraction WonderWorks, said he was "leery of the financial-disclosure requirements of candidates." 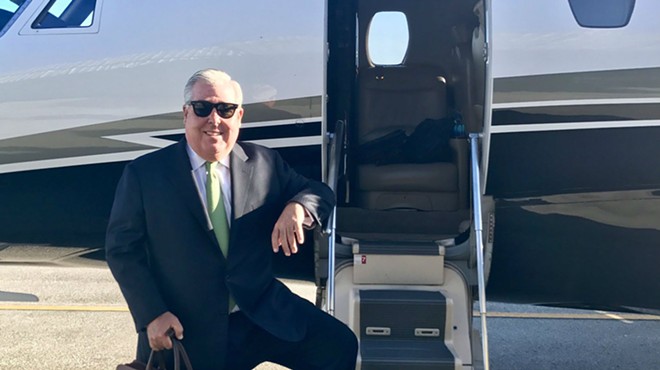 John Morgan is pushing for a $15 minimum wage in Florida, but some employees at his companies make less

Morgan bankrolled a large portion of the Amendment 2 medical marijuana ballot initiative last year, and recently announced that he will be pushing for a statewide $15 minimum wage.