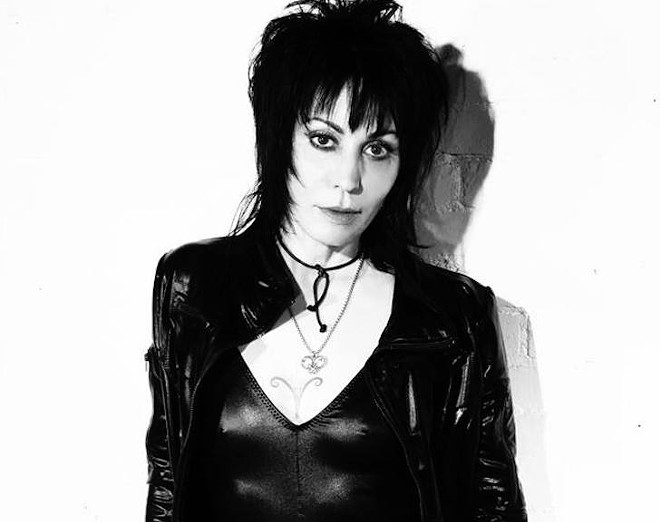 Rock legend Joan Jett plans to question SeaWorld's ongoing practice of breeding marine mammals in the parks during the company's annual general meeting today. At the virtual meet-up, Jett plans to disparage the park's continued breeding of dolphins and beluga whales on behalf of the animal rights organization PETA.

Jett's question to the executive group of theme park chain was shared ahead of the event. It paints a negative image of the program before calling on SeaWorld to end the practice.

"SeaWorld has caused public outrage by continuing to forcibly breed bottlenose dolphins and beluga whales in order to create generations of animals who then suffer in cramped tanks, deprived of any semblance of a natural life. In the park’s breeding program, unwilling female dolphins are taken from the water and sometimes even drugged so they can’t fight back while SeaWorld staff thrust tubes filled with semen into their uteruses," Jett will say. "We can all agree that sexually abusing dolphins and whales who must carry out their forced pregnancies is disrespectful to these forms of intelligent life, heedless of these wonderful animals’ rights, and just plain wrong. My question is this: When will SeaWorld end its sordid breeding program?"

SeaWorld ended its breeding of orcas  in 2016 amid public outcry over its famous whale shows. An op-ed from the then-CEO Joel Manby of the parks noted that attitudes toward killer whales had changed in the U.S., in part because of the educational work carried out by parks like SeaWorld. As the remaining orcas were born in captivity and faced little chance of survival in the wild, the park opted to keep its remaining whales rather than release them.

In that same op-ed, Manby offered a response to wider criticism of breeding programs. He said that such programs would be necessary to address population decline as the climate changes.


"In this impending crisis, the real enemies of wildlife are poaching, pollution, unsustainable human development and man-made disasters such as oil spills — not zoos and aquariums," he wrote. "Governments cannot address this crisis alone. We need concerned individuals to take action, as well as nongovernmental organizations. And, yes, the private sector also has to join in addressing this problem."