If you own this 600-pound hog, you might want to call the authorities 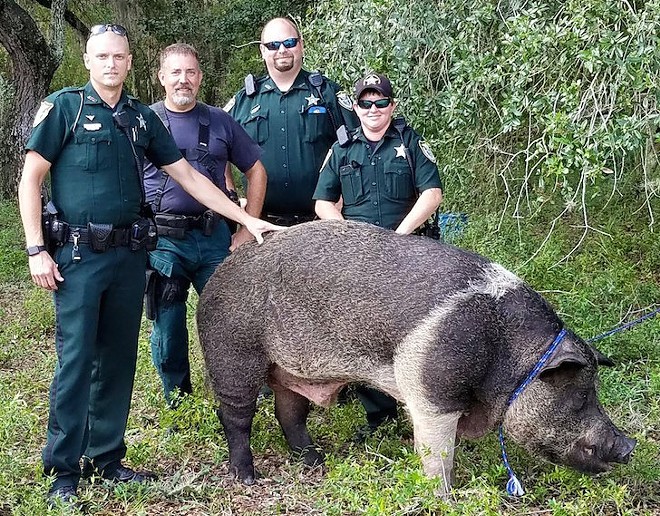 Photo via Alachua Sheriff's Office/Twitter
Alachua County authorities are currently searching for the owner of a 600-pound hog that was found roaming around by itself on Sunday.

According to the Associated Press, the Alachua Sheriff's Office received multiple calls about a "large animal" running at large. The hog was then picked up at 12200 SW 274th St., Newberry, Florida – about 45 minutes from Gainesville.

The hog has been taken to the Alachua County Sheriff's Office Livestock Impound and is reported to be in good health.