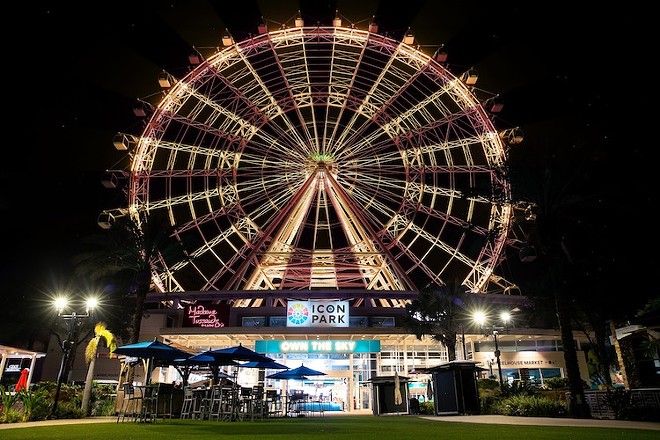 Riders were trapped on "The Wheel" at Orlando's Icon Park for hours on New Year's Eve due to a power failure. And you thought your NYE was bad?

The 400-foot observation wheel at the beleaguered Central Florida amusement park lost power on Saturday night, stranding 62 people for several hours, before 80 firefighters from Orange County Fire Rescue were able to safely get everyone off.

There were no injuries due to this incident.

The Wheel will be closed for repairs for the next few days, according to a park spokesperson on Monday. Photos and video shared on social media seem to point toward a fire or explosion causing or contributing to the outage.

🚨#BREAKING: Multiple People Trapped on the Massive Farris wheel after it lost power

Multiple emergency units are on scene at Orlando icon Park as multiple people are trapped at the Eye ferris wheel after it lost power as electrical sparks can be seen sparking pic.twitter.com/ubnR8Bg4cm

This malfunction comes too close for comfort after the 2022 death of Missouri teen Tyre Sampson from injuries suffered after falling off the Orlando Free Fall ride (located at, but not operated by, Icon Park). The owners of that particular ride, Orlando Slingshot Group, recently appealed a $250,000 fine levied by the state of Florida over safety violations.