"I Dreamed I Was a Very Clean Tramp" 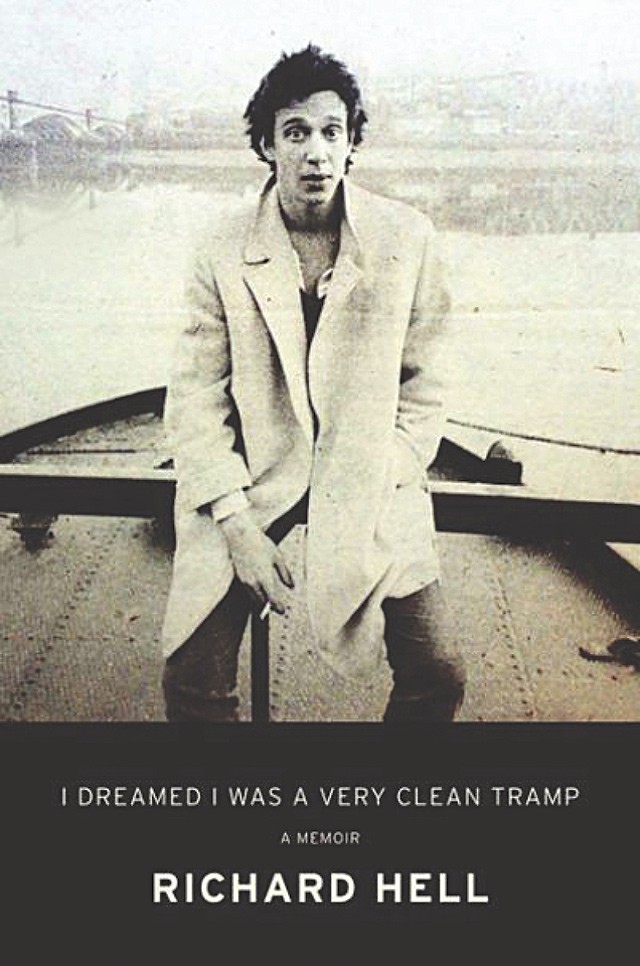 I Dreamed I Was a Very Clean Tramp: An Autobigraphy
by Richard Hell | Ecco Press |
293 pages

Hell is other people, in Richard Hell’s new memoir. The book is structured as a series of reminiscences, mostly of people he’s written with, had sex with, or both. Though Hell (né Meyers), an accidental rock star who identifies as a poet, has published two earlier novels of the “thinly veiled aubiography” stripe, he calls this his first and only true accounting, and certainly he spares no effort in making himself seem attractive, cool or even much of a worthwhile person. Then again, he’s not so nice to his friends, either.

Neon Boys, Television, the Heartbreakers, the Voidoids … the bands Hell led in the ’70s and ’80s read like a roll call of punk’s formation. Like a lucky few who also came out of New York’s atonal, avant-garde No Wave scene, Hell managed, though he had almost no musical training, to write at least one genuine contender for classic-song status (“Marquee Moon”), as well as a bona fide punk-era anthem (“Blank Generation”).

The book itself drips with a repellent, gorgeous honesty. Hell is offhandedly brutal to some of his longtime cohorts, randomly kind to others, and though he details some less-than-admirable actions, seems at some points to think he invented sliced bread – the false humility of the junkie’s massive ego. (And yes, his junk years are explored, but it’s the least interesting part of Clean Tramp.)

Hell is quite good on his male friendships, drawing clean-edged, sensitive, distinct portraits of each man. Women’s breasts, hair, or the sex acts he has with them get that same level of attentive clarity (at one point he recalls – from 1967 – “a sad, hysterical girl with red capillaries on her nose and cheekbones, and large breasts that looked like twin Eeyores”) but the women themselves seem interchangeable, not quite human.

Hell and his fellow ’70s punk icon, the ethereal Patti Smith, had pretty much the same influences (French Symbolist poets: Lautréamont, Verlaine, Rimbaud), the same aspirations (poet/rock star), came out of the same tiny intersection of time and place (junk-infused 1970s Lower East Side), yet in her recent memoir Just Kids, Smith gets it across in half the pages with twice the beauty and grace and suffusing soul. I Dreamed I Was a Very Clean Tramp is earthy, with a few flashes of sublimity ... a better portrait of an era than of a man or a self.