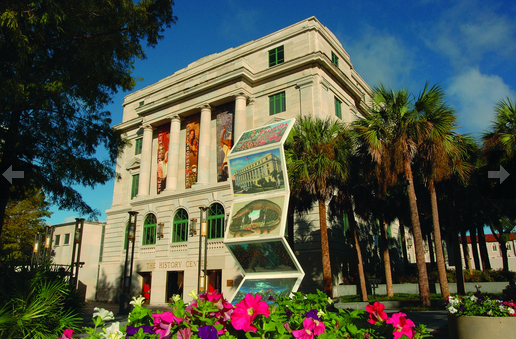 Attention all Orlando history buffs: This summer, you have the chance to partake in a crowd-sourced exhibit at the Orange County Regional History Center. The museum is accepting nominations for their Historic Icons Project, which will document iconic moments during 1965 to 1985 from an Orlando resident’s point of view. The arrival of Disney and beginnings of the Kennedy Space Center are a few examples of monumental moments that occurred during this period.

If you'd like Orlando to be known for more than just Disney, share your memories of other tourist attractions that were here before the Mouse. Busch Gardens and SeaWorld had a bounty of exotic and aquatic wildlife long before Disney’s Animal Kingdom. Also, Gatorland has been operating since the 1940s—almost three decades before Cinderella's Castle popped up on the Central Florida skyline.

You have until July 31 to nominate Orlando's memorable people, places, events, and objects from the two decades spanning '65 to '85. All of the nominated icons will be released in September, when voting will begin to determine the top 100. At that time, the public will be able to submit photographs and artifacts from the icons to be featured in the exhibit. In October, the top 100 Historic Icons of Orlando will be revealed.

Got an Orlando Icon you'd like to nominate? Let the Orlando History Center know by filling out their nomination form.

The Orange Country Regional History Center is an affiliate of the Smithsonian Institute and located in Downtown Orlando. The museum is open 10 a.m. to 5 p.m. Monday through Saturday and from noon to 5 p.m. on Sunday.