He's Baaaaaaaaaaaaaaack! The return of Alan Grayson is official. Wait, did he ever go away? 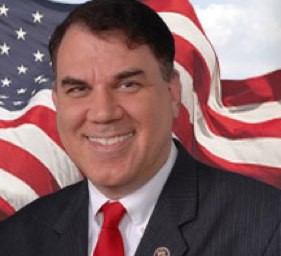 Former congresshero Alan Grayson made it official today, announcing that he'd qualified for Florida's 9th District while simultaneously – and characteristically – pulling media quotes calling his campaign a "virtual slam dunk" and that he is "heavily favored to win." That's what we thought last time, but we WILL hold our breath this time, once again, like we always do, until we pass out. Say what you will about his frequent personality explosions – hell, take a look at Barney Frank – but Grayson remains a great progressive policy maker who isn't afraid to make people angry. Screw bipartisanship! Bring Grayson back! Press release is below!

GRAYSON OFFICIALLY ON THE BALLOT

(ORLANDO, Fla.) – Former congressman and current congressional candidate Alan Grayson (D-Orlando) officially qualified today in the race for Florida’s 9th Congressional District. Grayson did not have to pay the $10,440 filing fee. Instead, for the third election in a row, he relied on his “People Power” campaign and submitted nearly 3,500 petitions, about 1,200 more than the 2,298 signatures required to qualify for the ballot.     “The election is about addressing the human needs that we have in this district every day. Jobs, education, housing, health care. These are the things that we need to build and maintain our middle class,” Grayson said after qualifying.   Grayson already has the endorsement of the national Democratic Party. It labeled Grayson a “Majority Maker.” Media outlets across the country have labeled Grayson a “virtual slam dunk.” The independent D.C. publication The Hill wrote that Grayson is “heavily favored to win.”   An analysis shows that President Obama scored more than 60% with voters in Grayson’s new district in 2008.  Among the 136 Congressional districts where President Obama won 60% or more of the vote, the Democrats hold 135 seats, even after the 2010 election.  (The sole exception is a district in Chicago that has been represented by a Republican for 32 years, which overlapped with State Senator Barack Obama’s seat in the Illinois Legislature.)     Representatives with Florida’s Division of Elections in Tallahassee officially updated Grayson’s candidate page this afternoon.     Two weeks ago today, Congressman Grayson officially launched his campaign in Kissimmee with Resident Commissioner Pedro Pierluisi (D-PR), Puerto Rico’s representative in Congress.     Grayson is running for the new U.S. House of Representatives District 9, which encompasses Orange, Osceola and Polk counties. Grayson is the only Democratic candidate for that seat.