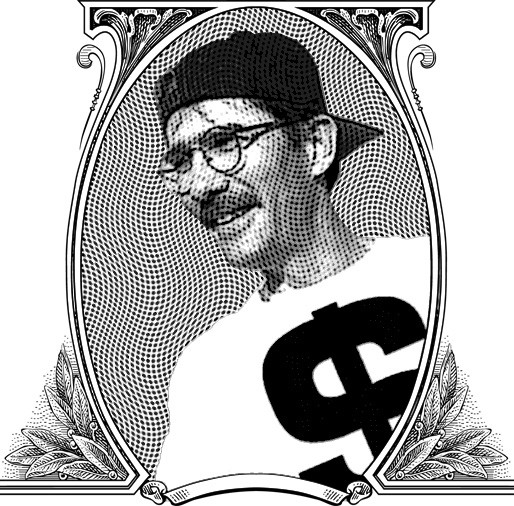 We're sick of firestorms. Yes, this month'smunicipal elections were a muted exercise in well-dressed hand-sitting that resulted in the sort of status quo “mandate”that only a 16 percent turnout can produce (not exactly a firestorm, then, unless you count the baby-daddy nonsense coming from Commissioner Sam Ings' camp), but before that we had all of the economic development shenanigans associated with the NBA All-Star Game and its fences and its injustices and its disappointments and its actual absence of economic development to contend with. Remember that? Of course you do.

And so it is with only a modicum of schadenfreude that we turn our gazes westward to our left-handed sister with the lazy eye, Tampa. In the nuts-and-bolts buildup to the Republican National Convention in late August, the city has recently found itself tripping over state gun laws and general constitutionality while the world watches and laughs. On April 5, the Tampa City Councildeliberated over what it's calling its convention “clean zones,” which, if we're to pluck our recent memories with an “Occupy” comb, basically refers to an area in which protesters are permitted to be clustered in order to give off the appearance of fairness. (Actually, the “clean zone” is more of an omnibus big area encompassing much of Tampa; protest areas will be designated within said “zone”). Concentric circles of doom!

As expected, the 18-page ordinance crafted by Tampa Mayor Bob Buckhorn has experienced some blowback from those who pay attention to these things. According to the Tampa Bay Times, up to 15,000 protesters are expected to scratch their way into the Tampa area to make their anti-corporate voices heard, meaning there will be about as many of them as there will be suits crammed into the Tampa Bay Times Forum.Tampa has said that it wants to have protesters visible to the drunken delegates, but it really doesn't want any of the pesky violence that could come along with that. Also, protesters have quickly glommed onto the opposite-day notion that a “clean zone” would imply that they are actually dirty. There's a free-speech mess all up in here somewhere.

“It is unconstitutional, as an impermissibly broad prohibition on protected constitutional activity, and will especially impact conduct protected by the First Amendment,” the New York-based National Lawyers Guild opined in a letter to Tampa government, according to the Times.

But it gets worse. Because the state legislature has forbidden Florida municipalities from toying with gun legislation for fear of the bang of the National Rifle Association's Marion Hammer, the city is able to regulate some sharp implements and pieces of metal that might be used as weapons, but it is not allowed to ban firearms from the “clean zone.” (Although you won't be able get your Winchester into the convention hall, apparently).

“Good news for gun lovers this August!” our girlfriend Rachel Maddow said on her MSNBC show Wednesday night. “It appears that you and your handgun may find a way to have a grand old party together in Tampa!” We love a party.

As a result of all of the attention this Buck(horn)-shot has garnered, the Tampa City Council delayed its first vote on the ordinance by two weeks in an effort to address some of the concerns. “We can change the name,” city attorney Jim Shimberg Jr. told the City Council, allowing that they've used old Mr. Clean for other massive events like the Super Bowl. “We're working absolutely in good faith. We're not trying to take away anyone's rights.”

Speaking of ridiculous pieces of legislationand the fallout they inspire, we've spent a good chunk of the past year regaling you with the idiocy of the effort to privatize the state's prison system: Republicans tried to sneak it through as a budget item last year, were kicked in the teeth by Tallahassee circuit judge Jackie Fulfordin September, then were unable to pass a stand-alone bill in this year's legislative session leading Senate President Mike Haridopolos to disappear in a poof of hairspray. Well, according to the Florida Current, all the bad news hasn't prevented the Florida Department of Corrections from taking that dead bill's spleen out and acting like the department has the right to go ahead and outsource the health care of prisoners. Seeing as Fulford didn't specify the health-care component of the original budget line item, the department has gone ahead with the bidding process for medical agencies to carry prisoner health to its absolute bottom line. Last week, the department gave early approval to two bedpan companies – Corizonand Wexford Health Sources – a move expected to produce an 11 percent savings over this year's projected prison clinic costs. Lawyers for the companies, naturally, are arguing that this is separate from total privatization, so it's just fine. Also, just in case you were worried, those savings may take a while to materialize. The department hasn't quite factored in the costs of the actual transition, including leave-time payouts to poor Nurse Ratcheds losing their jobs. Don't get sick in jail.

In lighter media newsthat cuts a little closer to home, the Orlando Sentinel issued a post-April Fools blip of info on April 3 that our favorite former Sentinel columnist, Mike “Cranky Pants” Thomas (who somehow managed the one-two punch of landing a flack job at the Orange County Public Schools and a column at Orlando Home & Leisure last October) would be ascending to the role of “top policy advisor” for Orange County Mayor Teresa Jacobs. What's that? He'll be making a salary of $87,500, you say? Oh.

“We've agreed on most policy issues, not all,” schoolmarm Jacobs told the Sentinel. “He's able to research things, comprehend complicated issues, synthesize them down to make good decisions. And that's going to be very helpful.”

Thomas is certainly not the first rattle-fingers to make the leap from journalism to, well, marketing – hey, Josh Wilson (WFTV, Nemours), Steve Triggs (WFTV, Orange County) and Dain Weister (WFTV, Orange County Health Department)! – but he's certainly the most cantankerous and least likely to have been on Channel 9. After getting an email from Sentinel reporter Mark Schlueb that we should be expecting our $87,000 phone call from Orlando Mayor Buddy Dyer any day now, we decided to reach out to Thomas for comment. Not surprisingly, he didn't want to make one (nor would he allow our vaunted premise of a fake interview, dammit).

“I very much want to fade into anonymity,”he said in an email. Don't we all!

Editor's note: Shortly before this issue went to press, OW senior writer Billy Manes' husband, Alan Jordan, passed away. All of our love, support and good thoughts are with Billy.