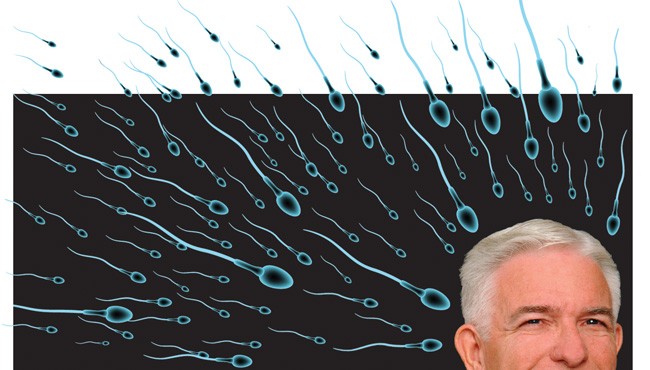 Happy days aren’t here again! Sure, we’re all basking in the afterglow of a better-than-expected jobs report – whatever that means, guy who just gave up. And we’re swimming in the yellow diamonds filling our platinum swimming pools over the Jan. 3 SurePayroll report that placed Central Florida at number two in the country for hiring and number three for paycheck size. But, you know, money doesn’t buy happiness, just more prostitutes.

Even these bright shiny statistical distractions can’t divert our attention from what’s really happening this week, because what’s really happening is the freaking legislative session in Tallahassee! You know what that means: Since there are no longer any financial woes to worry about (save that $2 billion budget shortfall), it’s time to head straight to the state’s wayward ladyparts! Aborta-paloozais starting again! Time to close your legs.

As of Friday, Jan. 6, those very same state legislators of yours that promised this would be a stiff-lipped session dealing in everything but dreamed-up social issues had filed eight pieces of legislation intent on hoovering reproductive freedom from the Sunshine State. Sure, it’s apparently nothing compared to the record 18 pieces filed last year, but considering that some of them simply pick up the scraps of last year’s failure and tie an “omnibus” bow around them, it’s not that far off.

Last week’s latest additions to the woman-hating queue include the expected “all abortion is illegal” volley that patented crazyperson and Baptist minister Rep. Charles Van Zant, R-Palatka, files just about every year. The Florida for Life Act, or HB 1151, once again introduces the notion that every fetus is more important than the woman who is carrying it by stipulating that performing any abortion, except in pregnancies that actually risk the life of the mother and are signed off on by two physicians, is basically a murderous felony. Rape is awesome! Also, doctors at abortion clinics would be required to distribute pamphlets promoting adoption, because that always works out well. Case in point, following last year’s $2 million in continued unregulated taxpayer funding for crisis pregnancy centers – or lying lie-churches of lies – State Sen. Mike Fasano, R-New Port Richey, is pitching Senate Resolution 1326, a bill that for no apparent reason declares January (or now) to be “Pregnancy Resource Center Month.” Isn’t $2 million a yearenough of a marketing promotion for creepy falsehoods? Other bills seek to (again) change “viable fetus” to “unborn child” in laws involving death, install waiting periods, further limit third-trimester abortions, dance around in “fetal pain” and make certain (even though it already is certain) that the health care exchanges established by the Affordable Care Act don’t fund abortion.

It should be noted that the legislative news prophetically follows the Jan. 1 arson of the very same Pensacola abortion clinic that hosted a glorious Christmas-gift-to-Jesusbombing in 1984 and the murder of an abortion doctor 10 years later in 1994. Token toothless redneck arsonist Bobby Joe Rogers of Tuscaloosa, Ala., was a little bit early, statistically speaking, but with any luck he’ll have 20 years in prison to reflect on his timing issues. Wonder where he got his irrational inspiration? Oh … Jesus.

Ever wonder what becomes of horrible Republicans when their sell-by date passes by? It appears that they just form even more horrible clusters of horrible Republicans that smell like mold and sound like “grumble.” On Friday, the Palm Beach Post reported that former surge-protector and present ego balloon Newt Gingrich had enlisted some familiar faces into the Florida nadir of his downward political spiral. Guess what! One of them is former Orange County Mayor Rich Crotty and the other one is a horse!

If Crotty wasn’t enough of a sign of desperate failure, the employment of gone-to-pasture horse (and former Florida Attorney General) Bill McCollum, who couldn’t even beat Rick Scott in 2010, as his statewide chairman. Between whinnies and nays, McCollum spat out some cud like, “Newt is the most likely Republican candidate to defeat President Obama,” before trailing off on some tangent about Newt being “concise.” Well, at least his campaign will be concise. We shouldn’t be hearing much more of this grandpa grumbling after Florida’s Republican primary on Jan. 31.

Speaking of hearing things, whatever happened to the days when everyone was all “health care is a right, not a privilege” and pushing for politicians to fix the system so we could have more affordable coverage and fewer uninsured? Somehow, the pendulum has swung in the other direction. Now everyone’s all “Obamacare sucks and you can’t even make us take part in your affordable health-care scheme!”

Which leaves us where? With nearly a million more uninsured people in Florida, according to a report released by the Florida Health Care Insurance Advisory Board in late December. According to the report, the number of state residents enrolled in health-insurance plans dropped for the fifth straight year. In 2006, 4.5 million Floridians had health insurance; in 2010, only 3.7 million had it. This most recent drop solidifies Florida’s position as third in the list of states with the highest number of uninsured citizens, right behind New Mexico and Texas. And who doesn’t want to be just like Texas?

The Health Care Advisory Board’s report attributed the growing numbers of uninsured in the state to the number of small businesses dropping coverage for employees because they simply can’t afford it. No surprise there.

There is – or rather, there was – an option for some relief on the horizon: The Affordable Care Act. Among other things, the act would offer tax credits to nearly 300,000 small businesses as an incentive for offering insurance to employees. It would also open up millions in federal grants to the state to help it lower out-of-control health-care costs.

But fuck that! In 2011, Gov. Rick Scott rejected the federal money and told the Palm Beach Post that the act was “not the law of the land.” Thanks for the pre-existing condition,Rick. The invoice is in the mail.