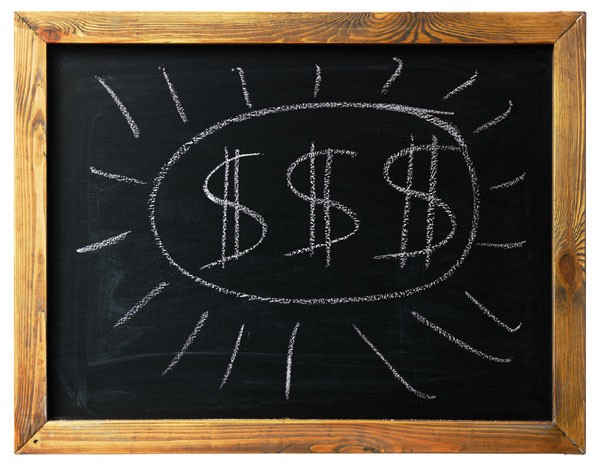 Welcome to the Great Suppression! Maybe you’ve been going about your Floridian lawn-chair life just staring at the throbbing starburst on the inside of your eyelids – you know, the one that comes from looking up at the glorious sun – comfortably bathed in apathy, with an SPF of 150, that smells of crime and cocoa butter.You may have just assumed that all of those bald guys chatting on your TV screen were aliens out to upset your bottom line or topple your 11 a.m. Long Island iced tea – people you wouldn’t want to ever have creeping around your double-wide, much less counting your vote. Well, Myrtle, you can keep on baking out there with the mosquitoes, because last week’s big political news ain’t gonna matter to you at all. You, dear, are already dead.

But for the rest of us – those who did not sign off on this ridiculous legislature, those who screamed bloody murder at the sight of a corporate shill with Nosferatu tendencies coming to turn strip-mall sprawl into a theme-park ride – it was a rather dire week, indeed. As predicted, Gov. Rick Scott quietly signed into law the latest iteration of the South’s beloved Jim Crow laws by soft-shoe dancing around his office with an ink pen and HB 1355 on May 19, cackling in husky whispers about just how reducing the ability of people to vote would actually help the Florida Republican Party he has helped to maim. The blacks won’t show up! The poors will get confused! The activists will kill themselves! It’s the perfect plan!

Yeah, it’s just the getting there that’s now more unfair and dishonest. Under what is officially a new law, early voting dates have been cut in half, address changes are a clusterfuck and, naturally, activists (or Boy Scouts) hoping to register voters are now faced with a $1,000 fine should they not return their registration forms in 48 hours. Translation: Voting is for rich, white, old homeowners who already vote. Republicans! Myrtle, you hear me?

Members of the bedraggled left – who logged more than 14,000 calls of opposition to the governor’s office – were expectedly vocal in the aftermath of this injustice.

“If it weren’t so grotesquely un-American, you’d almost want to congratulate them for the audacity and efficiency of the attack,” ACLU of Florida Executive Director Howard Simon email blasted.

“It’s unfortunate that our governor signed a bill so certain to disenfranchise voters and stifle voter registration efforts. For a moment, we had hope that he might actually listen to the thousands of people who have contacted his opposition to this bill – but apparently not,” Florida Public Interest Research Group spokesman Brad Ashwell followed suit.

The League of Women Voters of Florida, which has already halted its registration efforts, dropped its own hanky. “Governor Scott takes Florida back in time today, with his approval of cumbersome regulations that will make it harder for eligible Floridians to be engaged and active in their government,” LWVF President Dierdre McNabb press-released.

In other words, cumbersome regulation is the new deregulation, at least for those of us who aren’t corporations and unfortunately sport a pulse. Pass the cocktail, Myrtle. We need a little sunshine.

This has been a rough year for school districts nationwide, but for Orange County, it was all roses – well, sort of. On May 19, in a second-floor ballroom of the Doubletree Hotel, a group of educators and businesspeople gathered over breakfast for the county’s “State of Schools” address.The bulk of the speech was presented by district Superintendent Ron Blocker, who offered Orange County schools’ top 10 accomplishments last year, from the boringly financial (finishing $22 million under budget), to the impressively scientific: 19 Maitland middle school students are awaiting the results of “the effect of microgravity on the ability of ethanol to kill E. Coli,” an experiment being conducted on the space shuttle Endeavor as this issue goes to press. E. Gads!

Unless its data is completely fraudulent, Orange County has come a long way in the past decade: In 2002, it had more C schools than A schools; today, there are nearly four timesas many A schools as C schools. In 2000, the county’s graduation rate was 49.5 percent; today, it stands at an all-time high of 79 percent.

Still, the dark forces could not be ignored. When school board Chairman Bill Sublette reassumed the podium, he admitted that only 96 of the district’s 180 schools have a licensed nurse, and, alas, the district has only one registered lobbyist in Tallahassee. And speaking of politics, Sublette, a Republican, predictably and awkwardly defended the teacher merit-pay legislation set to go into effect next year. “A teacher entering her fifth year will receive less than a 1 percent raise this year, whereas a teacher entering her 19th year will receive a 7 percent raise this year,” he said. “Think of the message we’re sending to talented young teachers by such a pay system.” The audience clapped, albeit hesitantly.

Afterwards, Happytown™ caught up with Blocker and asked for his thoughts on the state legislature’s cuts to public schools this year. Blocker called the cuts “severe,” but he says the “blessing” for Orange County schools in particular was an increase in the millage rate (e.g., property taxes) approved by county voters last November. “We’re going to suffer, but the damage is going be manageable for us, as opposed to egregious,” Blocker said. Did we mention he also used the word “blood?”

We had a feeling this wouldhappen: The standoff between Food Not Bombs and the City of Orlando over the newly reinstated ordinance governing food sharing in public parks has descended into a wonkish, hair-splitting, post-legal hell. Take the latest episode on the evening of May 18 at Lake Eola Park, where just prior to the event, Food Not Bombs announced that volunteers would “risk arrest to ladle out soup and other vegan fare without first having requested a … large groups feeding permit.” In attendance was Food Not Bombs’ co-founder Keith McHenry, who drove his van (which he also lives in) from New Mexico to Orlando for the event, ostensibly for moral support. “We’re concerned this ordinance could spread across the U.S.,” he said. (Indeed, St. Petersburg officials wasted no time in proposing a new feeding ordinance after Orlando’s was upheld by the federal courts.)

But rather than dispatch police to arrest the slop scoopers with a Channel 6 helicopter watching overhead, the city chose to give Food Not Bombs a permit – one that the group had not asked for. According to Mark Stephens, a volunteer at the event, city employee Denise Aldridge “forced” the permit upon them. “She said ‘You guys need this,’ then threw it on the table,” Stephens says. He says he responded by crumpling up the permit and offering it back, which she did not accept.

But according to city spokeswoman Cassandra Lafser, the fact that Stephens touched the permit means that it was indeed accepted by Food Not Bombs. “Crumpling a piece a paper and throwing it on the ground is littering our park, not refusing a permit,” Lafser says. But Orlando’s senior anarchist, Ben Markeson, shoots back that the city had no idea that Stephens was actually a member of Food Not Bombs, given that the anarchist group – almost an oxymoron, really – has no formal membership list and no dues system. Sigh. Anyway, by the time you read this, Food Not Bombs may already have “accepted” the second of its two allotted permits for Lake Eola, which means that it may truly be risking arrest only hours after this issue hits the streets … or baking in the sun with a crumpled permit, waiting for its next governmental cocktail.