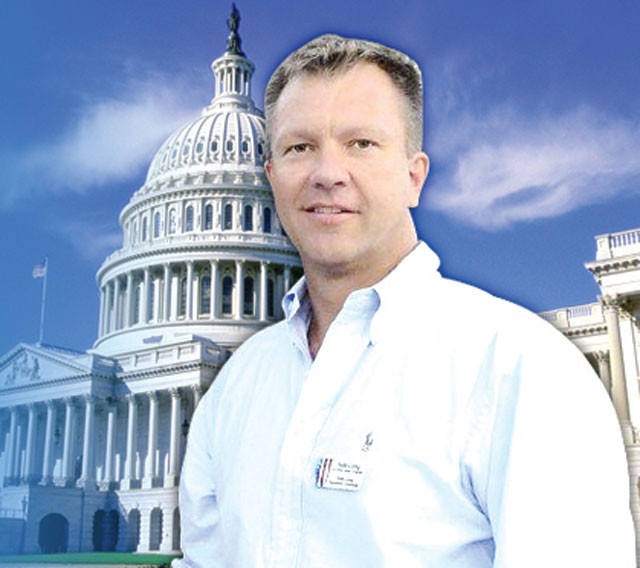 Now that the lunatics have officially taken over the asylum (they're coming to take us away, ha-ha!), a moment of reflection is required to weigh the extremely important distractions we're dealing with this week. Unless you live under a church smock – or have been "living" in a uterus – you, too, have probably felt the vast emptiness of the Republican Party's Akin-breakin'-heart and how it has affected the nation's view of the legitimacy of rape. That particular break in the logic-sphere – you know, the one where shock at sexual criminality prevents pregnancy, as in, like, with ducks – was but one of the nefarious plates twirling atop sharpened sticks as we scurried hesitantly toward the Republican National Convention in Tampa: i.e., the rape conference!

Let's see, what else we've endured: There was the completely unrelated cruel anti-choice picketing of Planned Parenthood of Greater Orlando leader Jenna Tosh's house, the better-buy-some-batteries panic of potential Hurricane Isaac (and the possibility that it could shutter the GOP convention), the inevitable fiscal gay-and-straight erotica tsunami said convention is inspiring and, of course, the latest workday for Gov. Rick Scott, this time shrimping off the west coast of Florida for a photo op that did not involve the suckling of pinky toes. We're in the throes of it, people! The world has lost its head!

You might think that all of that would be enough to satiate our endless desire for pseudo-political drama, but you would be wrong. A relative and required respite came last week in the form of a shakeup in the hotly contested (and brand spankin' new) District 9 U.S. Congressional race. It wasn't such a big deal to see both of the No Party Affiliation candidates with Hispanic last names drop out in a district drawn for Hispanics; NPA candidates are going to have a tough time fighting with big-party money on both sides, and when you have the foghorns of forever hopeful flat-top Todd Long and former Congressman Alan Grayson setting the tone of the contest, it would be fairly easy to get lost in the acrimony. And so it was that with little fanfare Roberto Sanchez issued his withdrawal on Aug. 22, something very few people even knew about until the other NPA candidate, Mike Nieves, decided to make some noise about his exit the very next day. For one, Nieves doesn't fancy himself a Ralph Nader. For two, he's pissed.

"Hearing GOP candidate Todd Long's characterization of illegal immigrants as murderers, rapists and kidnappers left me in total disbelief that someone with such views could possibly be able to represent fairly one of the most diverse congressional districts in our nation," Nieves wrote in a press release, adding that "Mr. Grayson has shown support for the Latino community as a former congressman so I would expect him to continue that in the future. He also has the necessary finances to win. He must now deliver, and I wish him the victory."

Uh-oh. Wait, did Todd Long really go out on such a racially charged limb? Most sources point to 'yes,' depending on how you qualify it. Nieves cites an Orlando Sentinel link to an editorial board interview prior to the August primary. We heard separate rumblings from a WFTV Channel 9 commentary on the evening of Aug. 14 wherein Long foot-mouthed something about District 9 not being a Hispanic seat, but rather an American seat. To paraphrase (and we'll get to that in a second): what's good for white people is good for Hispanic people, too. We contacted a representative from WFTV who, at first, confirmed the comment, but then, for some reason, refused to send us the transcript, even though he told us that the comment, when uttered, was followed by cheers.

We reached out to the Long campaign (ha!) and got a slight rhetorical backpedal. "Todd agrees with Mr. Nieves 100 percent," said spokesman Phil Russo, who also reminded us that Long's wife (and, therefore, kids) are of Hispanic heritage. "Immigrants, for the most part, are hard-working, church-going people looking for a better life for them[selves] and their families."

Well, that doesn't sound like 100 percent. What about Long's insistence on English-only learning or on that old FairTax standby designed for the teacups of well-heeled white men? Well, they're still there, lingering and resonating from his botched 2008 congressional campaign.

Long issued his own statement on Aug. 24, trying to accuse the Nieves campaign of being a front for Grayson. To wit: "However, when [Nieves] says that I characterize illegal immigrants as 'murderers, rapists, etc.' that is simply not true and sounds like something Alan Grayson trumped up for him to say." That's not exactly a rebuttal, especially when he goes on to say that the "Hispanic community is filled with common sense, and can see once again Grayson simply sees power and will lie about his opponents, play games and manipulate anybody to get what he wants."

None of this seemed to faze Grayson, naturally, who put out his own press release clarifying Long's "radical agenda" of an increased retirement age, no federal student loans and drill-baby-drill oil-thirstiness before taking to the televisions of the area to decry Long's beliefs.

"Now the voters have a clear-cut choice …" Grayson said. And now we have a nasty fight on our hands!

While this might all seem to be enough to throw us into a collective political straitjacket, a federal report highlighted by USA Today last week may steer us in the direction of avoiding being committed, even if that means no pills for us. The report found that 90 percent of the $200 million in "questionable billing" from Medicare outpatient clinics came from the three most unregulated states in our blessed union. And guess what, Crazytown, you're on the list. Florida's 72 centers raked in $82 million in Medicare billing in 2010 alone, including one Florida clinic billing Medicare payouts for somebody living in Hawaii. If any of this surprises you, it certainly should not. Our shrimping governor's medical carpetbagging ruse, as you'll recall, had to pay civil settlements of more than $2 billion for similar behavior before you elected him as Florida's worst governor ever.

"It's maddening that organizations look for loopholes where they can best commit fraud," David Shern, president of advocacy group Mental Health America, told USA Today. "Anyone who defrauds the system does further damage to the whole enterprise." In other words: Mama, we're all crazy – and fraudulent – now. Does anyone have any pills?