We got preoccupied with the Occupation of the City Beautiful, then we snapped out of it and measured imaginary drapes with the latest mayoral contender. Orlando is on fire! Run for your lives! 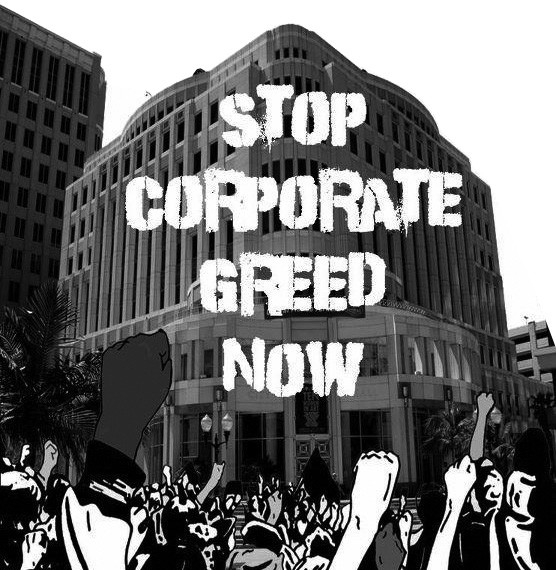 Oh, downtown Orlando after dark, you’re such a shapeshifter. Sometimes you’re a desperate stumbling drunk wandering from one bar to the next. Other times you’re a hot blonde with a vacant stare teetering toward Wall Street Plaza on high heels. City Hall doesn’t like it when you’re a homeless dude hoping to score some change from the suits leaving happy hour. They probably don’t like it, either, when you take the uncomfortable shape of social protest, economic frustration and populist revolt – a form you pretty much never take these days, since it clashes with the sanitized version of downtown the city wants you to be (see: Happytown). But that’s exactly what you were trying to be on the evening of Oct. 5, when Occupy Orlando held its first general assembly on the plaza outside the Orange County Regional History Center.

In the evenings, this spot is usually occupied by a handful of homeless men and gutterpunks who like to hop their BMX bikes along the ledges and off the heads of the alligator statues. Tonight, a crowd had gathered to listen to a bleached-blond guy with a goatee and a Church of the Sub Geniuspin on his lapel who was using a megaphone to explain how Orlando planned to join in the spate of nonviolent occupations that have swept across U.S. cities recently.

He introduced himself as the Rev. Faux (when asked later, he declined to give his real name, explaining that some of those involved with this effort prefer not to be identified by name), and he’s part of what’s come to be known as the 99 percent – a growing movement of people who’re tired of being underemployed, uninsured, disrespected and squeezed by an economy that increasingly puts the interests of corporations over those of people. Faux, who says he’s from Orlando, is quick to say he’s not a leader of this group – like the Occupy Wall Street movement that has given birth to multiple smaller Occupy groups in cities across the U.S., Occupy Orlando plans to be a “leaderless” organization – though he’s obviously put a lot of time and effort into keeping it organized and running smoothly. He and a handful of other volunteers took turns addressing the crowd from the concrete block they were using as a podium, asking for volunteers to serve on various color-coded committees – black for fact keepers, white for peace keepers, red for first aid, yellow for legal and so forth – and explaining the rules of nonviolent protest. (Do: Respect your fellow protester, stay level-headed when explaining your position, know your legal rights. Don’t: Start a fight, block traffic, wear red or blue bandanas – apparently, some Occupy Wall Streeters got into some trouble with gangs for wearing rival colors in the wrong neighborhoods.) “This is a nonviolent, nonreactionary movement,” he reminded the crowd – which, incidentally, didn’t show much sign of being either rowdy or revolutionary, aside from breaking into a few raucous chants of “This is what democracy looks like” and “Whose streets? Our streets!”

Until the past week, the Occupy Wall Street movement, and all of its associated spinoffs in various cities, weren’t receiving any media at all; but now major media outlets, including CNN, MSNBC, the New York Times and the Wall Street Journal, are falling all over themselves trying to make sense of the fact that so many people – mostly young, educated, struggling to get by – are suddenly sleeping out in parks, taking over bridges and getting themselves arrested by the hundreds to make a point. The message the media has managed to hammer the protesters with over and over again is that their point – that the system is brokenand someone needs to fix it – isn’t clear enough and that the movement is mostly young, disgruntled kids more interested in making a scene than in making change.

Young people also know how to best exploit social media, he says, so the word has been spreading fast among 20-somethings about the occupation efforts.

Before the evening is up, a crowd of more than 300 people have stopped to check out the goings on; most are keyed in to what’s happening and stay to watch. A few, though, are just so Orlando.

A young blond woman walking toward Wall Street Plaza pauses and looks at a guy holding up a sign reading “Tremble Plutocrats.”

“What’s going on?” she asks, and someone tells her it’s Occupy Orlando, a spinoff of the Occupy Wall Street thing in New York. She hasn’t heard of it. They try to elaborate. “Oooh,” she says, clutching her handbag closer. “Awesome.”

And with that she toddles off into the evening – off to visit the Orlando she’s used to. The one where it’s always Happytown.

On Oct. 15, Occupy Orlando plans to hold its first “tour of shame” at 8 a.m., beginning at the Orlando Regional Chamber of Commerce, 75 S. Ivanhoe Blvd. The real shame would be if nobody showed up. So get out there and make some noise.

Speaking of quizzical rebellionsfueled by angst and ambition, there’s a scrappy new mayoral candidate in town! We trudged our way down to the steps of City Hall on Oct. 4 for newbie Mike Cantone’s super-big lunchtime campaign announcement, and while we still remain somewhat skeptical about an outsider’s chances in a standalone April 5 municipal election (snowball, hell),we had to give Cantone credit for his love affair with hyperbole. To hear him tell it, Orlando is “no longer a small town of citrus farms run by good ol’ boys” and his “bold vision that invests in people” will “return Orlando’s virtue” and reinvigorate “discouraged youth” and the middle class. C’mon, everybody! It’s a progressive sing-a-long!

Actually, as campaign announcements go, Cantone’s was pretty impressive – as long as you don’t count the absence of any television cameras to capture the not-exactly-telegenic hopeful. The 28-year-old spoke with authority and a hint of charisma, detailing small pieces of his rather exhaustive and overly ambitious platform (you can read it for yourself over at mikecantone.com) to a captive audience of supporters in “Mike for Mayor” T-shirts. If it seemed a bit like a rally, that’s because Cantone only recently stepped down from his position as political director for rabble rousers Organize Now, meaning he’s been known to dress up like a zombie for political purposes. So when he promised to “recover Orlando from the cobwebs of entrenchment,” it was especially authentic.

Not so authentic were Cantone’s repeated allusions to Mayor Buddy Dyer as a “dictator,” something he was called out for by our other Sentinel boyfriend, Mark Schlueb. After clarifying that he didn’t mean to call Dyer a dictator, Cantone went on to call Dyer a dictator again, just as Dyer walked by in the background. Then, having launched his speech on the prospective ashes of the Creative Village like it was the biggest issue in the whole world, he pulled a “let’s face it, average voters don’t even know that the Creative Village is being built” thing. Also, average voters aren’t going to know that Mike Cantone is running for mayor, we would guess. We’re not looking for average here!

Small quibbles aside, Cantone adhered pretty closely to the same sort of policies we’ve been beating our chests over for years, so it was comforting to know that somebody (maybe) reads us. He says he’s not courting the chamber donors, not planning to convince any Dyer, Phil Diamond or Linda Grund (who?) voters, not deeply in love with the DPAC ruse, not going to please everyone and he is not going to sit idly by and let his campaign run away from him without wearing out his own shoe leather first. Them grass roots ain’t gonna grow themselves.

“The only way to change course is to change the man who put us here,” Cantone declared, before trying out a chant of “enough is enough.” Will enough be enough come April? We’ll keep you posted.