Guns on the books: New bill allowing firearms on campuses gets preliminary approval 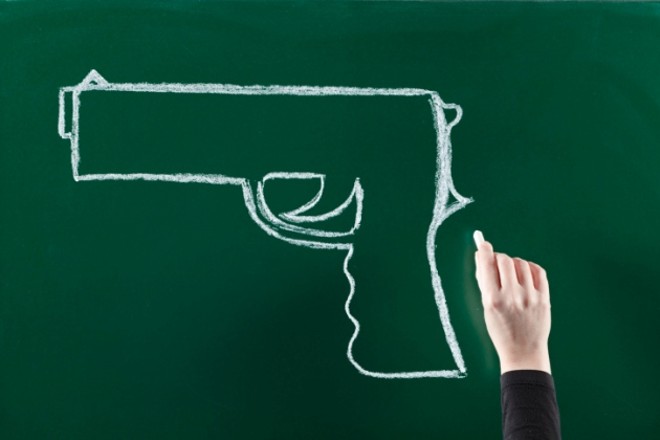 Because nobody in Florida should have any reason to be concerned about maniacs with guns going on shooting rampages, especially in the hormone and jealousy cesspool known as college, yesterday legislators greenlighted a bill that would allow guns on campuses. We don't have to go into the fact that guns on campuses actually kill people, because people are actually dead and/or paralyzed. Regardless, the gun lobby and its legislative lapdogs are going whole hog (again) on the notion that guns actually save lives, they don't end them. GENIUS LOGIC.

Florida's imaginary abusive ex-boyfriend Dennis Baxley, R-Ocala (he wears a lovely rose on his lapel, and you should see it) is naturally a supporter of HB 4005, because he's the same guy who crafted Stand Your Ground, which has so far worked out great for the state. Castle doctrines in poverty-stricken hellholes often do, dontcha know.

“If you empower people to stop an act of violence, they can, they will and they have been doing it,” Baxley said, according to website Florida Politics. “I heard about expanded drug and alcohol abuse on campuses and out-of-control parties. Folks, if you’re living in that kind of environment, you better carry a firearm because you could get raped, beaten or worse.”

This is why we can't have nice things, nice educations or nice lives. It's the wild west out there. Only we're in the deep south.