Gov. Ron DeSantis declares state of emergency over gas shortages amid Colonial Pipeline issues, but Orlando has no need to worry 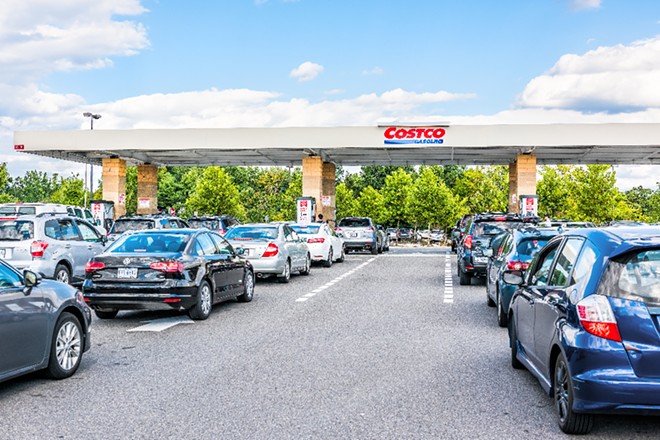 Gov. Ron DeSantis has responded to the recent cyberattack on a pipeline that supplies much of the oil to the Eastern United States by declaring a state of emergency in Florida. However, there is no need to panic in Central Florida.

For the unfamiliar, a cyberattack caused the Colonial Pipeline to shut down all of its operations on May 7. Hackers orchestrated a ransomware attack on the company and, while in the process of determining what had happened, the company took its pipeline offline. Colonial supplies as much as 45% of all fuel consumed in the Eastern US and this interruption jeopardized regular fuel supplies.

The Georgia-based company shared on Monday that it "proactively took certain systems offline to contain the threat, which temporarily halted all pipeline operations, and affected some of our IT systems." The hackers themselves issued an apology, pointing out that they were just hoping to make money and did not expect the disruption.

To combat the potential issues that might arise from a sudden gas shortage, Gov. DeSantis declared a state of emergency in Florida and readied the National Guard. While a state of emergency can sound scary, it's typically declared ahead of a possible shortage to combat price-gouging (think, every hurricane you've ever lived through). Orlandoans have even less reason to rush and stock up on gas.  Central Florida, unlike harder hit areas in the north of the state, does not largely rely on the pipeline for its fuel needs. Our gasoline comes in via the nearby ports.

"Generally speaking, that gasoline is flowing from a line from Colonial Pipeline from Georgia, and those are the areas I would expect to be troublesome in Florida," GasBuddy.com petroleum expert Patrick de Haan told WTVT. "Now the rest of the state, not so much of a problem. The reason for that is much of Florida receives waterborne shipments from the Gulf Coast directly. Tampa, Orlando, Miami — really the lower two-thirds of the state, along with Jacksonville, are all served via barge."
Beyond a shortage being unlikely, stockpiling gas for the unprepared isn't particularly useful. Gas spoils quickly if its not properly stored and even in cases of proper storage, gas with ethanol in it tends to turn in under three months.  It's fair to say that many of the panic buyers aren't thinking about storage, however.

And this is how someone thinks they should get gas...🙄 #gasshortage pic.twitter.com/XT7APSI9rM

The situation got so bad that the US Consumer Products Safety Commission had to warn that gas doesn't go in plastic bags. (There's a reason gas cans are their own specialized containers and it's to keep the solvent from eating through the plastic.)

Do not fill plastic bags with gasoline.