BTW, he’s not talking to you – he’s talking the power people who inflate his campaign coffers 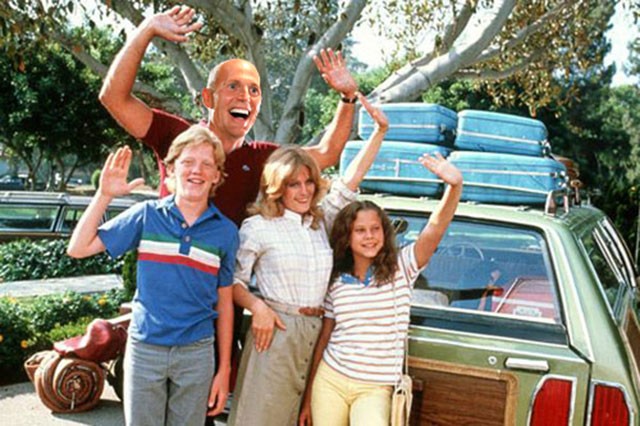 PROJECTED SURPLUS FOR THE 2014-2015 FLORIDA BUDGET FOLLOWING A SERIES OF “BELT-TIGHTENING” CUTS BY GOV. RICK SCOTT AND THE FLORIDA LEGISLATURE

AMOUNT GOV. RICK SCOTT IS CURRENTLY LOOKING TO GIVE AWAY IN THE FORM OF TAX CUTS

AMOUNT FUNDED TO THE FLORIDA FOREVER FUND – WHICH EXISTS TO PROTECT THE STATE’S WILDERNESS AREAS – LAST YEAR, RATHER THAN THE $300 MILLION THE PROGRAM NEEDED

“I NEVER MET A BUSINESS PERSON THAT SAID, ‘GOSH, I’M INTERESTED IN HAVING A SMALLER BUSINESS.’ IF OUR TAXES ARE HIGHER, CONSUMERS ARE GOING TO BUY THE PRODUCT SOMEWHERE ELSE.”
– GOV. RICK SCOTT AT A SEPT. 12 STOP IN TAMPA ON HIS “IT’S YOUR MONEY” TOUR
SOURCES: MIAMI HERALD, TAMPA BAY TIMES

IT’S NOT YOUR MONEY

Suppose you were the Clark Griswold of your somewhat dysfunctional family – or even the governor of an equally dysfunctional state – and you thought out loud to yourself, “Hey, it’s the end of the summer! Let’s all go out on a potentially dangerous tour of a state full of snakes, Republican reptiles and various machines of false amusement!” You would likely want to map out that sojourn in some manner, so as not to spend the bulk of your time fielding back-seat queries of “Are we there yet?” You would at least want to know the answer to that question, anyway.

Not so if you’re Gov. Rick Scott, who, amid hilarious controversies like having to cancel a campaign-fundraising gator hunt while his Attorney General, Pam Bondi, was canceling an execution in order to attend a campaign kickoff, launched yet another listening tour a couple weeks ago, this time with the not-at-all-campaign-stumping “It’s Your Money” tax-cut tour to nowhere. Democrats and reasonable people balked, but what else can they do anymore? The governor is apparently covered in Teflon, even if everything beneath that artificial skin is rotten.

To wit, when the governor says something like “It’s Your Money,” he’s not talking to you, the concerned and overworked citizen. Nope, he’s talking to his fiscal constituency, the group of power people responsible for inflating his campaign coffers. Though, clearly – or, rather, unclearly – that’s not quite the obvious quid pro quo that Scott would have you believe. Everything is always a milky haze with this man, one that inevitably dissipates to reveal the same trickle-down conclusion.

Among the revelations to come out of Scott’s intentional vagueness: He has already saved education after killing it, so fuck off, kids; we need to consider making the tourists become property owners, because the natives are too broke; maybe we’ll roll back automotive registration fees to throw you a bone; mostly, we’re going to give more commercial-lease tax cuts to more alleged small businesses in a state that already boasts one of the lowest tax rates in the country.

Oh, and Scott wasn’t suffering detractors lightly. According to an Orlando Sentinel report on his Sept. 13 Orlando stop, Scott showed his teeth a little when confronted by a University of Central Florida student who reminded him of his inaugural education cuts.

But the people Scott was really signaling on his late-summer vacation excursion caught the governor’s drift and issued their wish lists accordingly on Sept. 19. First at the trough were the Florida Realtors, who, despite all those commercials and facts saying that real estate is booming in Florida, groveled for a commercial-lease tax cut, one they hoped would lead to an eventual repeal. They pulled some numbers out of the air to indicate that a tax cut would easily bring 185,000 new jobs and $200 million into the imaginary economy. Mama wants a new strip mall!

Next up, shadowy “small business” lobby the National Federation of Independent Business chimed in with some even more ludicrous requests. Because the Affordable Care Act is going to create taxes in the marketplace – where, they allege, they and their staffs will have to buy health insurance (even though there’s a pretty loud “opt out” campaign against Obamacare right now) – the NFIB thinks that a reduction in state health care premium taxes is in order, if not a full repeal. Also, while you’re down there, could you stop taxing corporations to raise money for the state? Seriously.

To his credit, Scott gave no specifics on what he would do. But then, he never does, really. This is the worst summer vacation ever.