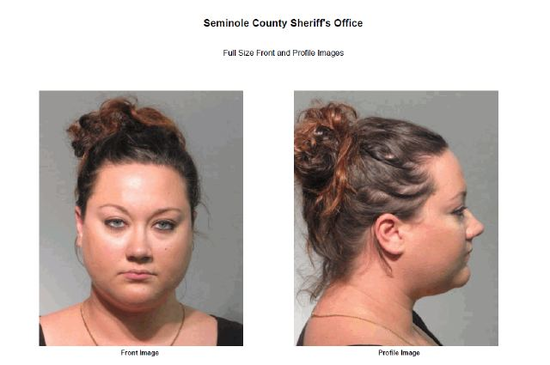 While people were up in Longwood, testifying to the Florida Task Force on Citizen Safety and Protection, more Trayvon Martin-related news was quietly taking place in Seminole County. Shooter George Zimmerman's wife was being arrested on perjury charges related to some white lies she and her husband told regarding their finances during a recent bond hearing. Though the couple apparently had $135,000 in the bank, they led a judge to believe they were broke. We'd link you to the Orlando Sentinel story reporting the arrest of Shellie Zimmerman, but now that the site has a paywall, you may or may not be able to view it. So you can go instead to the story in the Daily Kos, which is not only free, but it also has links to various documents affiliated with the case and the arrest.