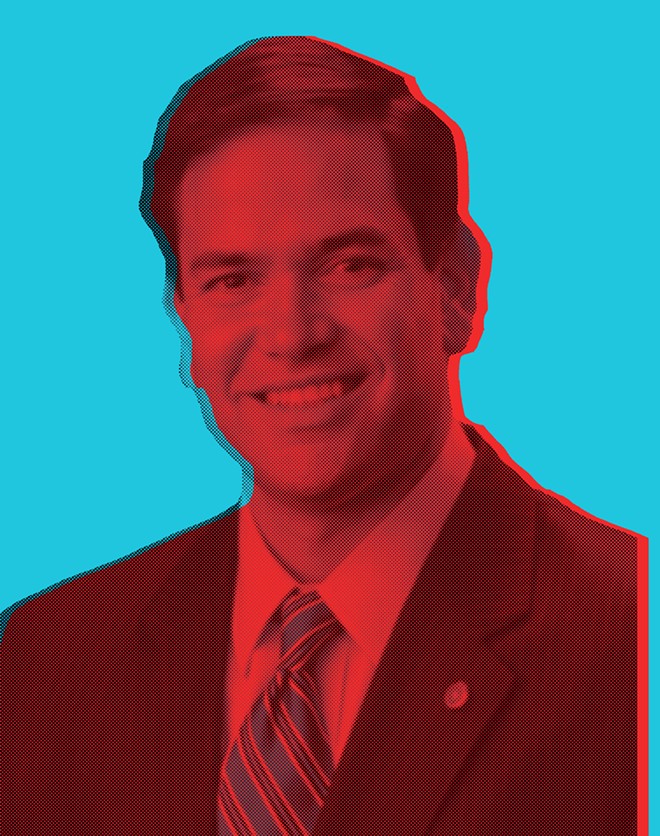 Remember, District 10 was redrawn last year, along with the rest of Florida's congressional districts, after the state Supreme Court found the Florida Legislature had gerrymandered the maps to favor Republicans and incumbents. The current incumbent, Republican Daniel Webster, decided to run in neighboring District 11 after the redistricting process made District 10 lean Democratic. The four Democrats currently vying for the primary nomination are part of the national proxy fight between the progressive and establishment wings of the party.

Former Orlando Police Chief Val Demings, who ran in the same district in 2012, has been endorsed by former Speaker of the House Nancy Pelosi and was invited to speak at the Democratic National Convention in Philadelphia. If the DNC was trying to hide its favoritism, it wasn't doing a very good job: Demings getting prime TV time prompted her rivals to accuse the party of handpicking a winner rather than allowing citizens to decide. Recently, Demings has sparred with challenger Bob Poe, the former chair of the Florida Democratic Party who, during the course of the race, revealed he is HIV-positive. Poe has accused Demings of overseeing police brutality during her time as head of OPD, while Demings has counterattacked and accused Poe of trying to buy the election.

State Sen. Geraldine Thompson, founder of the Wells Built Museum of African American History and Culture, has also criticized Demings, but has run a pretty quiet campaign despite having the most legislative experience and being recently elected chair of the Florida Legislative Black Caucus. The final Democratic contender, Fatima Fahmy, has not remained so silent. The lawyer has crashed two of Demings' events and allied herself with U.S. Rep. Alan Grayson. Whoever wins the primary will have to face the only Republican in the race, Thuy Lowe, in November.

District 9 was redrawn last year to include more white voters from Polk County in this heavily Latino and African-American district. Most of the drama in this race stems from its current seat-holder, U.S. Rep. Alan Grayson. Grayson's district director, experienced political operative Susannah Randolph, entered the Democratic race early, running mostly against state Sen. Darren Soto. Soto, like many residents of District 9, is Puerto Rican, which has become a focus in the race as more Puerto Rican migrants leave the island in a mass exodus to Osceola and Orange Counties.

Quietly, Grayson's then-girlfriend, medical researcher Dena Minning, entered the race though she had few local ties to the area. She refused to talk with the media and remained quiet – until, in late May, she married Grayson in a secret wedding on Melbourne Beach and immediately changed all her campaign materials to reflect her new married name, Dena Grayson.

In the background, media reports emerged that Grayson had called Randolph earlier in the year, accused her of supporting his Democratic rival Patrick Murphy and told her his new wife would have his name and his money in the race to represent District 9. Dena Grayson has based her campaign on the fact that she's not an operative or career politician. Meanwhile, Randolph and Soto have clashed on several occasions, including when Randolph claimed Soto joked about rape in a sexually explicit song he wrote as a law student, and Soto demanded an apology from Randolph for a mailer that falsely stated he reduced the statute of limitations for sexual assault. Contenders Valleri Crabtree, Wayne Liebnitzky and Wanda Rentas, a Democrat and two Republicans respectively, have been washed out in this turbulent storm.

The contenders for Orange County Commissioner Ted Edwards' seat have been born mostly from the environmental controversies in his district, which puts two very different regions of the county together. On one hand, Edwards had a public spat with Tim McKinney, executive vice president of United Global Outreach, over what to build on a recently foreclosed mobile home park in Bithlo. That spat evolved into a much nastier feud regarding the state of Bithlo's infrastructure, affordable housing and water, and eventually prompted McKinney to enter the race.

Edwards' next challenger, Emily Bonilla, rose from conflicts over the rural character of east Orange County that Edwards said he was trying to preserve in Bithlo. The commissioner spearheaded votes on two developments east of the Econlockhatchee River that would put about 4,000 homes in an ecologically sensitive area. (The Lake Pickett developments would cross the river boundary that separates the urban Orange County from the rural.) Bonilla, founder of the environmental group East of the Econ, protested Edwards' decision along with hundreds of east Orange County residents.

Edwards' final challenger is Greg Eisenberg, a University of Central Florida graduate and a marketing manager, who has called out Edwards for many of the same reasons as McKinney and Bonilla. Things took a turn in this race after both Bonilla and Eisenberg called on McKinney to drop out of the race after McKinney's financial problems came to light, as well as water access issues at the Orange County Academy he founded. Edwards, who was first elected in 2010 and then re-elected in 2012, qualified via petition, proving it will be difficult for his challengers to take out an incumbent who still has powerful name recognition in the district.