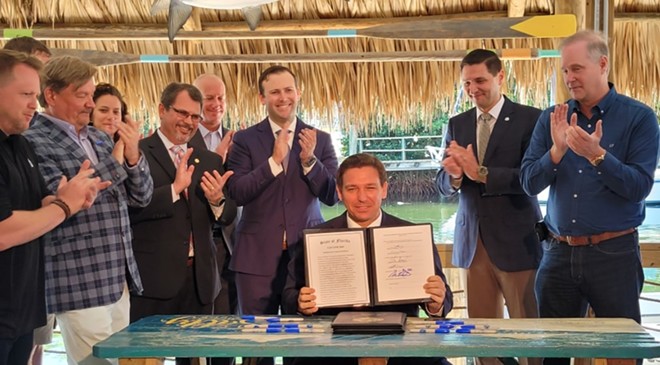 Turns out you don't need a sex trafficking scandal to shed staffers. Florida Governor Ron DeSantis lost plenty of employees during his time in Congress by just being generally terrible to work under. According to a new report from Politico, former staff of DeSantis' congressional office have formed a support group in the years since where they gather to trade "war stories."

The staffers told Politico that DeSantis was difficult to pin down, saying they had to lure the current governor into important meetings with promises of cupcakes or a birthday celebration. The picture staff painted elsewhere made it unlikely that any given employee would see a second office birthday party.

“Loyalty and trust, that is not a currency he deals in,” an anonymous former employee said. “It’s him and [his wife] Casey [DeSantis]. But everyone else is like a disposable piece of garbage.”

The data supports the idea that DeSantis created a volatile workplace. In three of his five years in Congress, DeSantis was in the 70th percentile for staff turnover. A mass exodus of staff during his first year as Florida governor left DeSantis defending his workplace to reporters.

“We have great stability,” DeSantis said at the time. “We have some of the absolute strongest people working in the governor’s office. And it’s been very, very productive. You go in there. You get a lot done. And these things. ... You just want to have the best possible operations, but we’ve got some really, really good people.”

DeSantis' office responded to the report with a 5-page document of employee testimonials singing about how nice it is to work for DeSantis. To that we say, blink twice if he has a gun on you.