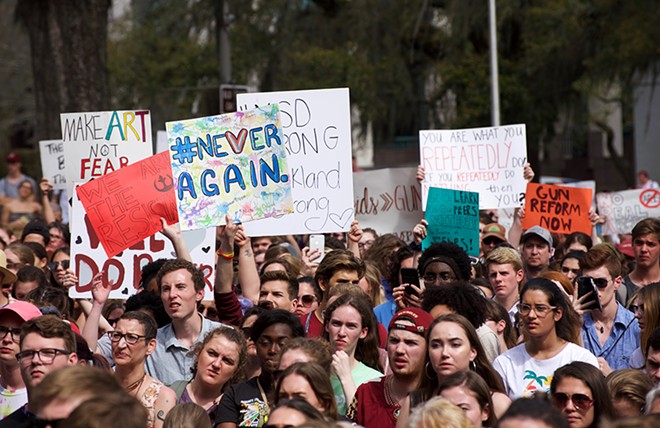 
Banning all semi-auto weapons may have been popular with the audience at #CNNTownHall, but it is a position well outside the mainstream https://t.co/18rMDwEfGs

The same poll also says that 98 percent want universal background checks, 87 percent want waiting periods for all gun sales, 62 percent want a ban on high-capacity magazines, 92 percent want to ban gun ownership for anyone with restraining orders for stalking or domestic violence or stalking, 78 percent believe gun buyers should be at least 21 -years-old, and 89 percent want to give judges the ability to take guns away from violent people.

It's also worth noting that only 12 percent polled believed armed teachers would be an affective means to stopping school shootings.

The poll showed that 70 percent of Florida voters believe "gun control laws should be made stricter," with 87 percent favoring universal background checks, 78 percent in favor of raising the age to purchase a gun to 21-years-old, and 69 percent supporting a ban on assault-style rifles.

It would appear that support for gun control is the mainstream in Florida.