Florida travelers should see lower gas prices over the holidays 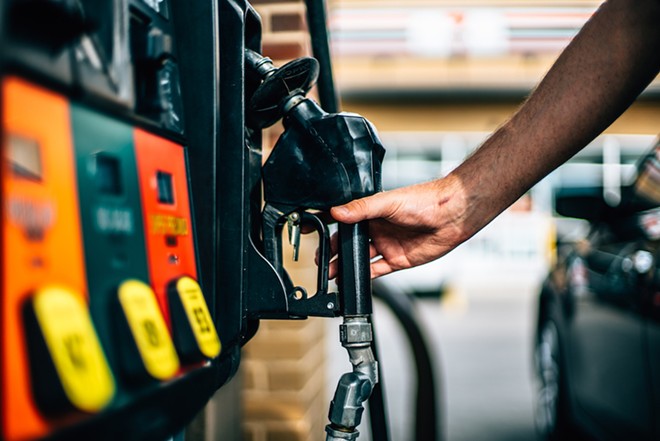 Here’s some good news: The average price of a gallon of regular unleaded gasoline continues to drop toward $3 in Florida and is lower than a year ago.

With an estimated 5.8 million Floridians expected to take holiday road trips, the AAA auto club reported Monday the average price of a gallon of unleaded stood at $3.03.

With pump prices in several Florida metro regions below $3, Monday’s average was down 12 cents from a week earlier and 20 cents from a year ago.

Average prices in Florida and across the nation have declined for five weeks, and AAA spokesman Mark Jenkins said the downward trend is expected to continue through the end of the year.

“The plunge at the pump is the result of falling oil prices, which have plummeted primarily due to market concerns about a global economic recession," Jenkins said in a prepared statement. “Lower oil prices lowers the cost of producing gasoline. These low gas prices should hang around through the end of the year, unless oil prices unexpectedly rebound."

“While that could slow the rate of falling prices at the pump, it's unlikely to be enough to cause a significant increase,” AAA said in a news release.

Patrick De Haan, head of petroleum analysis with the fuel-savings app GasBuddy, estimated Sunday that Florida should be below $3 by the end of Tuesday, a mark he thinks the U.S. will reach later this week.

The U.S. Department of Energy on Friday announced plans to start repurchasing crude oil for the Strategic Petroleum Reserve. Meanwhile, refineries have been running at near full capacity, increasing the supply.

Forecasts for colder-than-normal winter weather could affect fuel prices. That would drive up demand for diesel fuel used for heating.

The highest average prices in the country continue to be in the western U.S., with Hawaii at $5.11 a gallon Monday, California at $4.38 and Nevada at $4.07, according to AAA.

Across Florida, motorists in the Panhandle continued to enjoy among the lowest prices, with the Crestview-Fort Walton Beach area at $2.78 a gallon, the Pensacola area at $2.83 and Panama City at $2.84.

Other metro areas under $3 a gallon included Daytona Beach, Orlando, Tampa-St. Petersburg and The Villages.

Meanwhile, the Florida Department of Highway Safety and Motor Vehicles said Monday the Florida Highway Patrol will be “out in force” over the holidays to help motorists and get dangerous drivers off the roads.