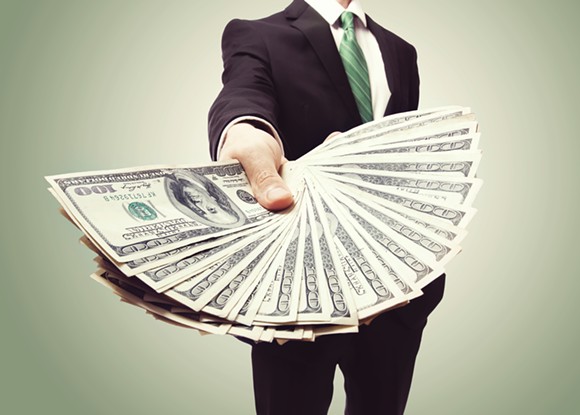 Statewide candidates need to voluntary apply for matching funds, with several declining to do so. Under the program, the state matches contributions of $250 or less from individual donors.

Overall, the state has handed out $4.84 million so far for the 2018 elections. For the 2014 primary and general elections, Florida sent out $4.3 million to candidates using the program. In 2010, 10 candidates received $6.1 million from the program.

The program has long faced criticism, including from a couple of candidates in this year’s elections who call the distributions a waste of taxpayer dollars.

On Friday, the Florida Division of Elections sent $144,209 to six of the eight candidates who have qualified for matching funds, though the amounts last week were relatively small compared to earlier checks.

DeSantis, a Northeast Florida congressman, received $55,110, which raised his matching-fund total to $975,836.

Putnam, the state’s two-term agriculture commissioner who is going up against DeSantis in the Republican primary, didn’t receive any money last week. Putnam has drawn about $1.04 million from the program.

Graham, a former congresswoman who received a $33,922 check from the state on Friday, has received more than $1.2 million through the program.

In the race for attorney general, Democrat Sean Shaw, a state House member from Tampa, picked up a check for $8,818 from the state on Friday. Shaw has drawn $205,276 in matching funds.

A Leon County circuit judge Friday issued a ruling to decertify Democrat Ryan Torrens from the race for attorney general because of a qualifying-related issue. Torrens, who is appealing the ruling, did not draw any state matching funds Friday but has received $88,693 from the program.

On the Republican side of the race for attorney general, former Hillsborough County Circuit Judge Ashley Moody picked up $9,287 on Friday and has received $344,600 from the program.

State Sen. Denise Grimsley, a Sebring Republican who is the only candidate for agriculture commissioner involved in the program, picked up $6,565 on Friday and has received $264,885 from the state.

Republican Chief Financial Officer Jimmy Patronis, who doesn’t have a primary opponent and will face Democrat Jeremy Ring in the November general election, received $1,130 in matching funds Friday. Patronis has received $297,095 from the state.