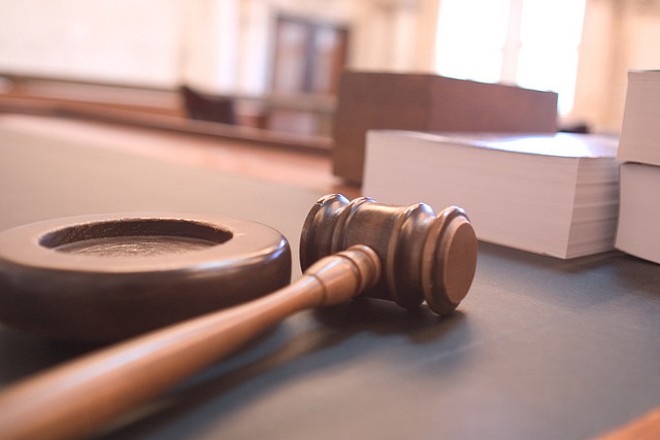 Photo by Joe Gratz via Flickr
The Florida Supreme Court on Thursday overturned a death sentence for an intellectually disabled murderer, following a seminal U.S. Supreme Court decision in the case.

Freddie Lee Hall was sentenced to death for the 1978 killing in Leesburg of 21-year-old Karol Hurst, who was seven months pregnant.

Two years ago, the U.S. Supreme Court sent Hall's case back to the Florida high court after rejecting the state's use of a "rigid" IQ score in determining whether defendants should be shielded from execution because they are intellectually disabled.

Attorneys for Hall, now 71, had presented evidence in state courts that he had an IQ score of 71. The Florida Supreme Court, however, said Florida's legal threshold for considering an inmate intellectually disabled was a score of 70.

But the U.S. Supreme Court reversed that decision in 2014, saying Florida's use of an IQ score of 70 "creates an unacceptable risk that persons with intellectual disability will be executed, and thus is unconstitutional."

In Thursday's 4-2 ruling, the Florida Supreme Court vacated Hall's death sentence and instead imposed a sentence of life in prison.

"After careful consideration of the parties' briefs, the voluminous record, and the United States Supreme Court's decision, we withdraw our prior opinion and conclude that Hall has demonstrated that he meets the clinical, statutory, and constitutional requirements to establish that his intellectual disability serves as a bar to execution," Chief Justice Jorge Labarga and justices Barbara Pariente and James E.C. Perry agreed in the majority opinion.

Justice R. Fred Lewis concurred in the result, though he did not sign on to the majority opinion. Justice Peggy Quince was recused from the case.

Hall's IQ scores ranged from 52 to 80 in numerous tests over four decades. But, based on the U.S. Supreme Court's guidance, the state's high court relied on other evidence that "overwhelmingly supports the conclusion that Hall has been (intellectually disabled) his entire life," the majority wrote.

"Here, the record evidence amassed over nearly 37 years, and the unrefuted testimony at the 2009 evidentiary hearing is that Hall meets the medical definition of intellectually disabled," the majority opinion said.

But Justice Charles Canady, in a dissent joined by Justice Ricky Polston, argued that, instead of vacating his death sentence, the Supreme Court should have sent Hall's case back to a lower court for an evidentiary hearing.

"The proffered evidence was not subjected to adversarial testing, and its credibility was not evaluated by the trier of fact," Canady wrote. "The majority thus errs by relying on proffered evidence to support its conclusion that Hall has presented sufficient evidence to establish that he is intellectually disabled. It is a cardinal error for an appellate court to step outside its proper role and make findings of fact based on a proffer."

Thursday's ruling "is about judges having to pay attention to the experts," said defense lawyer Marty McClain, who has represented more than 200 defendants facing the death penalty.

Rather than using a fixed number IQ score, the U.S. Supreme Court in Hall's case instructed Florida courts to take into consideration other evidence such as past performance, environment and upbringing when determining whether defendants are eligible for the death penalty.

Defense lawyers had presented evidence that Hall, the 16th of 17 children, was tortured by his mother and abused by neighbors. Relatives testified that his mother had tied him in a "croaker" sack, swung it over a fire, and beat him; buried him in the sand up to his neck; tied his hands to a rope attached to the ceiling and beat him while he was naked; locked him in a smokehouse for long intervals; and held a gun on him and his siblings while she poked them with sticks.

Thursday's ruling will likely have an impact on a number of other cases involving defendants who are intellectually disabled but who may have IQ scores higher than 70, defense lawyers predicted.

"It's certainly an important case for Mr. Hall, and it is important to other people facing the death penalty because, when the courts review IQ scores that go up above 70 and fall below 70, this is the follow-up to that major U.S. Supreme Court case, and it shows that identifying and diagnosing intellectual disability is not an exact science yet," Pete Mills, an assistant public defender in the 10th Judicial Circuit who is chairman of the Florida Public Defender Association's death penalty steering committee. "This shows the Florida Supreme Court understands that they need to look at the science and common sense when considering these issues when determining whether something is constitutional or not."