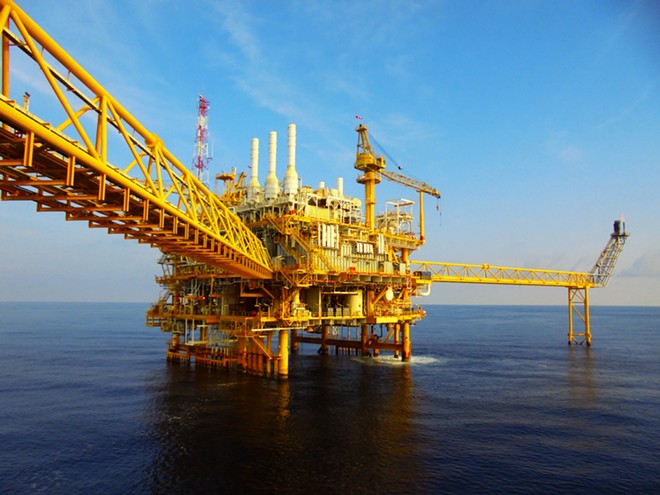 Photo by Mr.PK via Shutterstock
Supporters and opponents of oil drilling closer to Florida’s shoreline refused Thursday to accept U.S. Interior Secretary Ryan Zinke’s declaration that the state wouldn’t be part of a White House plan to expand exploration.

The federal Bureau of Ocean Energy Management held the only Florida open house on a proposed five-year program to open more waters to oil and gas exploration. But participants in competing press conferences doors away at a Tallahassee hotel agreed on one thing: Zinke’s stance on a Florida exemption isn’t final.

“Why are the environmentalists here? Why are they raising hell about this issue if no means no? It’s because, you know what, no is never no,” said Barney Bishop, a Tallahassee consultant and offshore drilling proponent. “You all don’t know about the discussions that are being held in private. No, publicly, can mean a whole lot of things in private.”

Zinke flew to Tallahassee International Airport on Jan. 9 and, after a brief meeting with Gov. Rick Scott, announced that Florida waters were removed from plans to open previously protected parts of the Atlantic Ocean and the eastern Gulf of Mexico to offshore oil and gas drilling.

The announcement, hailed by Scott and environmentalists, has drawn questions about whether the quick decision was made to further Scott’s political career. Meanwhile, governors in some other coastal state have made their own inquiries about getting exemptions from the White House plan.

Opponents of the plan on Thursday held a “people’s hearing” to gather public comments they will submit to the federal bureau.

Ian MacDonald, a Florida State University professor of oceanography, argued that a potential future spill —- similar to the deadly 2010 Deepwater Horizon disaster —- would impact the physical well-being of Floridians.

“We received countless calls from state agencies and the federal government … asking for information which in many cases we didn’t have,” MacDonald said. “How many fish are there? How will they be impacted? How will coral be affected by this? These were all questions we didn’t know the answer to. Well, we still don’t have enough answers. And we still don’t have enough regulations.”

And Jerry DiFabrizio, a tile distributor from Tampa, said the threat of oil rigs appearing on the horizon could impact the quality of life in Florida by hindering property values.

While Thursday’s event at the Four Points by Sheraton Tallahassee Downtown hotel allowed people to see videos and papers and interact with bureau officials, before leaving comments, the “people’s hearing” provided a chance for people to vent their concerns with an audience.

A short-time earlier, proponents of oil exploration called for Florida’s waters to remain in the program.

Kevin Doyle, executive director of the Consumer Energy Alliance, which advocates “in support of affordable, reliable energy,” said exploration would enable the United States to be energy-dominant with the rest of the world.

“I think the original plan that was proposed is something that is a good starting point in this process,” Doyle said. “To import energy from areas that don’t like us as much, like Venezuela and other places such as that, if we can do that here in the United States, it’s a great thing for small businesses, for families and for consumers.”

The hearing, one of 22 being held through March 8 across the country, is the only one in Florida. Most are being held in state capitals.

A draft report is expected by the end of the year, which will be followed with another round of public hearings.

Renee Orr, the bureau’s chief of strategic resources, said the open house format allows more interaction than lining people up at a podium.

Prior to the hearing, the Florida Department of Environmental Protection submitted its opposition to the proposal.

Department of Environmental Protection Secretary Noah Valenstein said in a letter that Florida’s coastal areas have “high environmental, economic and military value not only for Florida, but also for the nation.”

Valenstein also noted the comment by Zinke to Scott that Florida was off the table.

“As we have seen in the past, oil spills can have a devastating impact to Florida's economy and our diverse natural resources,” Valenstein wrote.