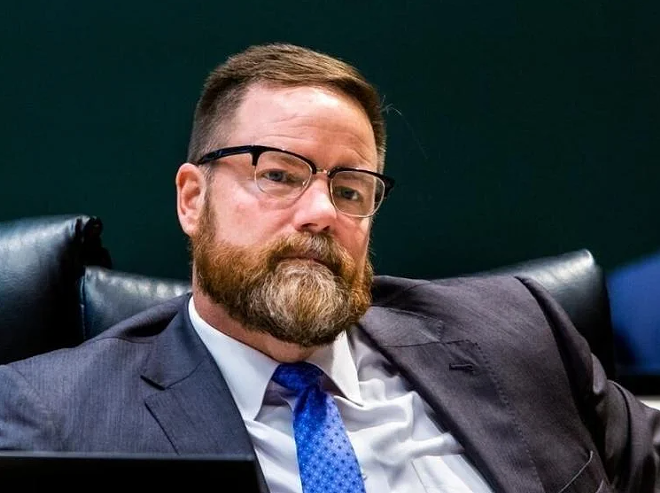 NSF
Sen. Aaron Bean, R-Fernandina Beach, is sponsoring a controversial immigration bill.
Three years after Florida lawmakers became embroiled in a fierce debate about so-called “sanctuary cities,” the Senate on Monday began moving forward with another attempt to ratchet up immigration enforcement in the state.

The Republican-controlled Senate Judiciary Committee approved a measure (SB 1808) that is a priority of Gov. Ron DeSantis — but drew sharp criticism from Democrats and immigrant-advocacy groups.

“This bill makes no sense,” Sen. Tina Polsky, D-Boca Raton, said. “It is unconstitutional. It is wrong on a human level.”

But Sen. Aaron Bean, a Fernandina Beach who is sponsoring the measure, blasted federal immigration policies and said the bill was intended, at least in part, to prevent undocumented immigrants from being flown into Florida in the “dead of night.”

“We think it’s time to say no to the federal government running this human smuggling operation,” Bean said.

The bill is similar to proposals that DeSantis announced in January during a news conference in Jacksonville. DeSantis and Attorney General Ashley Moody have criticized the Biden administration over immigration policies for months, including with the state filing lawsuits against the federal government and DeSantis sending state officers to help at the border of Texas and Mexico.

Opponents argued Monday that the bill is politically motivated, as DeSantis runs for re-election in November and is considered a potential 2024 Republican presidential candidate. 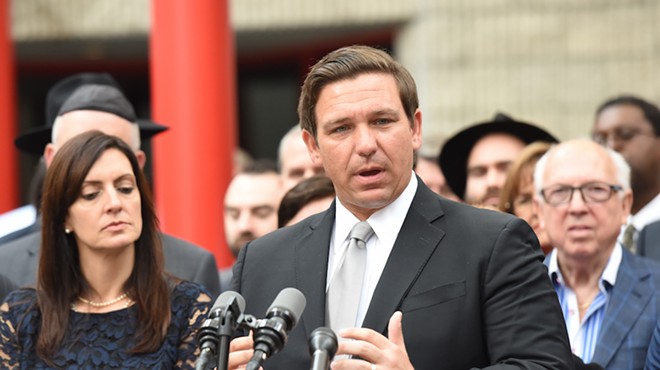 
Perhaps the most-controversial part of the bill would crack down on transportation companies that bring undocumented immigrants into the state. The proposal would bar the state and local governments from contracting with such companies “if the carrier is willfully providing any service in furtherance of transporting an unauthorized alien into the State of Florida knowing that the unauthorized alien entered into or remains in the United States in violation of law.”

“If you’ve got nothing to hide, then why are you sending them in in the middle of the night?” Rodrigues said.

But opponents of the bill said targeting transportation companies could prevent unaccompanied immigrant children from being brought into the state for care and shelter.


“Let’s not play politics with the lives of children,” said Ida Eskamani of the Florida Immigrant Coalition.

The bill also would require counties to enter agreements with U.S. Immigration and Customs Enforcement to participate in a program in which local law-enforcement officers help in immigration enforcement. A Senate staff analysis said 49 Florida law-enforcement agencies already have such agreements.

In addition, the bill would expand a 2019 law that sought to ban sanctuary cities. It would prevent local governments from blocking law-enforcement agencies from sharing information with the state about the immigration status of people in custody.

But U.S. District Judge Beth Bloom in September ruled that two parts of the sanctuary-cities law violated constitutional due-process rights — a ruling the state has appealed. Bloom pointed to what she described as an “immigrant threat narrative” that helped lead to the law