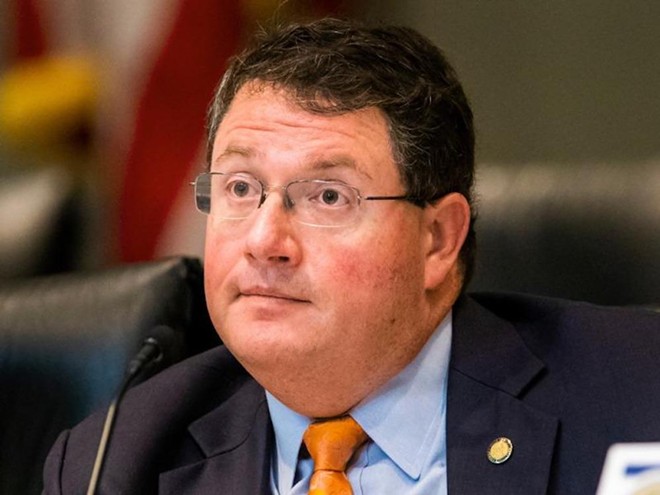 State Rep. Randy Fine, R-Palm Bay, is lashing out against the idea of critical race theory, filing a bill to ban its use in all government institutions, including universities.

Critical race theory is an upper-level academic framework that examines whether and how systems and policies perpetuate racism. The topic has become a lightning rod for conservatives across the country, who claim it's being taught in grade schools.

Fine, who is white, has said the topic is inherently racist. However, state Rep. Geraldine Thompson, D-Orlando, who is Black, said that in grade school, she was taught European history.

There was "not any focus at all on the free labor that our people gave that made the American economy a superpower that it became," Thompson said. "And is it racist, then, that I only got European history? I think so."

"They have found that only 11 of the 67 counties are actually providing acceptable instruction in African American history," she said.

Thompson said what she considers "acceptable" is instruction beyond Black History Month.

Fine's bill includes a 10-point list of what it calls "divisive concepts" to be banned (see below). The list includes topics around sexism and "race or sex scapegoating."

The proposal also bans teaching that one race or sex is inherently superior to another, teaching that the United States is fundamentally racist or sexist, or teaching that individuals are inherently racist, sexist or oppressive based on their own race or gender.