Florida congressional representative Matt Gaetz had few friends in Washington before news broke that the Department of Justice was investigating him for possible sex trafficking crimes. That rift between the trollish conservative and his caucus only grew wider as more reports were leaked, with the GOP steadily backing away from the troubled congressman.

Back home, however, Gaetz has one unlikely ally: Florida's Democratic Agriculture Commissioner Nikki Fried. The outspoken critic of current Republican Gov. Ron DeSantis (and presumed 2022 gubernatorial candidate) recently said that the feds either need to lay out the charges against Gaetz or leave him alone.

“I certainly hope they [the allegations] are not true on behalf of the potential victims of this case, and certainly hope the FBI and DOJ either come to a decision or make further findings, or it is time for people of our country and our state to move on and get on with the business of governing,” she told Politico on Tuesday.

Fried is the state's most prominent elected Democrat. However, she's found consensus with Gaetz on issues such as marijuana legalization. The pair's history together successfully helped prop up the growing marijuana industry in the state.

"Nikki is correct that we’ve worked together on policy matters of common interest, including marijuana reform and human rights,” Gaetz told Politico. “I am confident that we will continue to do so.” 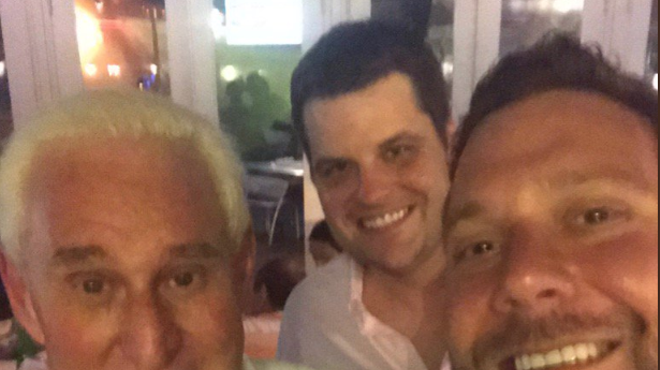 
More and more damning reports have made their way into the public sphere as the probe goes on. While Gaetz argued that he was the subject of an extortion plot, his former associate Joel Greenberg reportedly admitted that they both had sex with an underage girl. Investigators began looking into a trip that Gaetz took to the Bahamas, alleging the same then-underage girl was along for the ride.


The scope of the investigation continued to expand outward from the initial sex trafficking allegations, much in the same way they did for Greenberg. The former Seminole County tax collector is currently facing 33 federal charges.

It was this blossoming of rumors and chases down new alleyways that seemed to get under Fried's skin. She called on the investigators to put speculation to bed by making their allegations public.