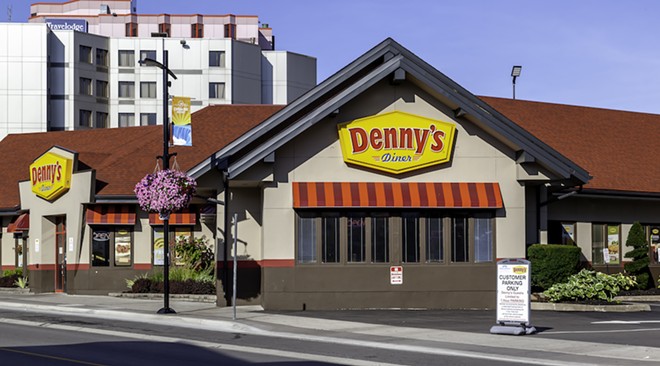 Photo via Adobe Stock
A Florida man who contracted hepatitis A is suing the restaurant chain Denny’s, Inc. and the company that operates a Denny's franchise in Osceola County.

The lawsuit alleges that William Reyes ate at a Denny’s restaurant in Kissimmee in October and “within a few days began experiencing nausea, constipation, fatigue, abdominal pain, jaundice, and significant weight loss.”

Reyes was ultimately diagnosed with hepatitis A, according to the lawsuit.

The complaint, filed against Denny’s and franchise operator EYM Realty of Florida, LLC, also alleges that a Department of Health investigation revealed that two restaurant employees were infected with hepatitis A. Denny’s and EYM “had an obligation to ensure a safe and clean dining environment for their patrons,” Reyes’ attorneys John Morgan and Tyler Kobylinski of the Morgan & Morgan law firm said in a statement Friday.

"It’s unfathomable that this could occur at a family establishment."

“This incurable disease is only transmitted when a person ingests food or water that has been contaminated with the feces of an infected person; it’s unfathomable that this could occur at a family establishment,” the lawyers said. The lawsuit – filed Thursday in the 9th Judicial Circuit, which includes Orange and Osceola counties – seeks at least $30,000 in damages and contends that both Denny’s and EYM were negligent and liable for what happened. But EYM Group Director of Legal Services Salvador Elias said the company had not been served with the lawsuit and, therefore, he had no comment. Immediate attempts to contact Denny’s Inc. on Friday were unsuccessful.

Florida is in the midst of a hepatitis A outbreak that prompted state officials to declare a public health emergency in August. Since January 2019, nearly 3,200 cases have been reported throughout the state. While the emergency has not ended, the number of new hepatitis A cases has started to drop the last two months.

Hepatitis A can cause liver damage and is spread through such things as fecal matter. That can include transmission by people not properly washing their hands after going to the bathroom and contaminating food or drinks. Health officials have urged people to get vaccinated against the disease.