Florida Lottery tickets, a type of tax on the poor, could get 'play responsibly' warnings 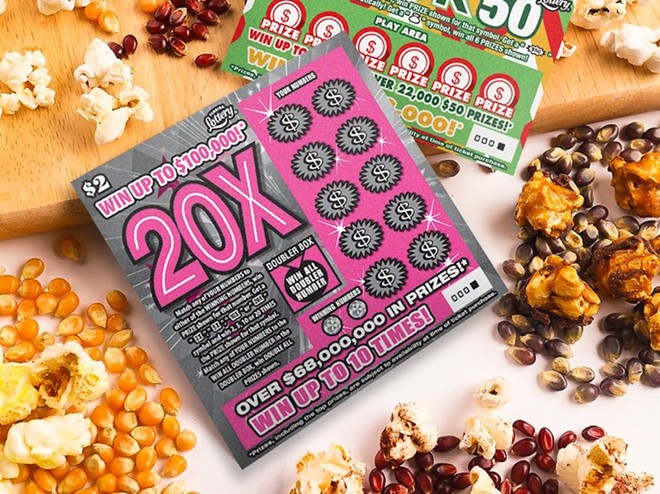 Image via Florida Lottery/Twitter
After similar proposals were vetoed twice in recent years, House leaders are again trying to slap a warning on lottery tickets, while also seeking to declare the lottery off-limits if Florida allows sports gambling.

The House Gaming Control Subcommittee on Monday voted 14-1 to support a proposal (HB 991) that would require the words “Play responsibly” – a message already used in advertising – to cover 5 percent of the face of each ticket and be placed on all advertisements and promotions.

The bill also would prohibit the use of electronic devices to play lottery games, forbid the Florida Lottery from conducting a game in which winners are chosen based on the activities or outcomes of sporting events and use $500,000 a year from a lottery trust fund for compulsive and addictive gambling programs.

“For me, this bill is about the future of the lottery,” sponsor Will Robinson, R-Bradenton, said. “No criticism about the current activities of the lottery. It’s about what may happen in the future and just putting reasonable guideposts in statute to make sure the future looks bright.”

The bill comes as some lawmakers, including Senate President Bill Galvano, R-Bradenton, have discussed the possibility of legalizing sports betting in Florida. The effort has grown since a 2018 U.S. Supreme Court decision allowed states to authorize gambling on professional and college sports events.

Sen. Jeff Brandes, R-St. Petersburg, has filed a bill (SB 968) that would lead to the Florida Lottery administering and regulating legalized sports betting in the state.

Brandes’ proposal, which doesn’t have a House version, has not been heard in committees.

While Robinson’s bill would seek to prohibit the lottery from being used for sports betting, it drew concerns from John Sowinski, the campaign manager of a 2018 constitutional amendment that required statewide votes on future expansions of gambling. He expressed concern that placing a lottery-related prohibition in state law could become a vehicle in the future to allow sports gambling.

“Play responsibly, that’s the motto of the lottery and that’s not deceptive.”

“We fear that at some point in the future someone may get the idea that by amending this statutory language they may be able to then legalize sports betting through the Florida Lottery,” Sowinski said.

In casting the lone vote against Robinson’s bill, Rep. Adam Hattersley, D-Riverview, said he couldn’t support the money for gambling prevention because half would come from funding now intended for education.

“The warning label is slightly counterintuitive to the mission for the lottery to be able to sell tickets to provide for education, I can get over that,” Hattersley said after the meeting. “The real stickler for me was taking a half-million (dollars) from public education.”

Last year, Gov. Ron DeSantis pointed to potentially impacting money for education in vetoing a bill that would have required warnings to be prominently displayed on 10 percent of the face of all lottery tickets. The warnings would have stated: “Warning: Lottery games may be addictive,” or “Play responsibly.”

“As governor, one of my key priorities is making higher education affordable for Florida families,” DeSantis wrote in a letter accompanying the veto. “This bill reduces the Lottery’s ability to continue to maximize revenues for education and negatively impacts Florida students.”

Robinson called the 2019 language “more robust” than his effort this year.

Rep. Emily Slosberg, a Boca Raton Democrat who voted for the proposal Monday, said the 2019 measure, which she opposed, was “a bit deceptive.”

“It was kind of saying the Florida Lottery was addictive,” Slosberg said after the meeting. “Play responsibly, that’s the motto of the lottery and that’s not deceptive.”

Former Gov. Rick Scott, now a U.S. Senator, vetoed a similar measure in 2017, saying it would impose “burdensome regulations” on the games and retailers.

A House staff analysis of this year’s bill said it “may have a fiscal impact on state government” tied to compliance with the proposed change or a reduction in lottery sales. Lottery officials took no position on the proposal Monday.

A Senate bill identical to the proposal, filed by Sen. Keith Perry, R-Gainesville, has not been heard in committees.