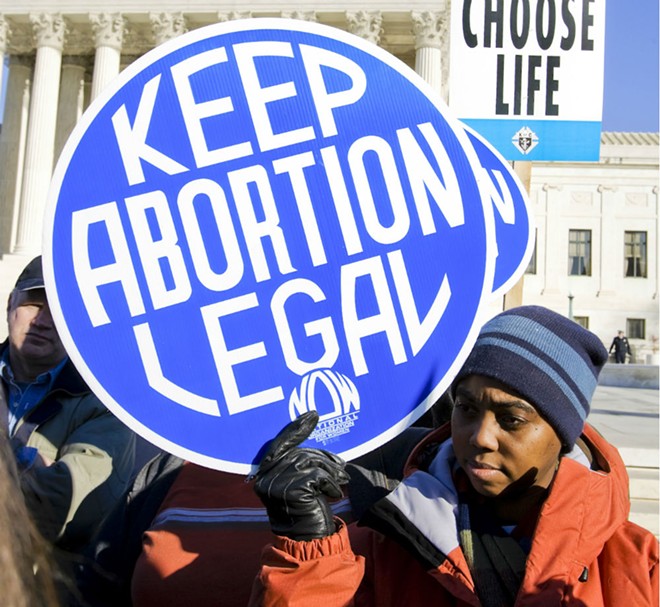 Photo by B Christopher via Shutterstock
A bill is making its way to Florida Gov. Rick Scott's desk that will allow permanent funding for "crisis pregnancy centers," also known as fake clinics.

The Florida Senate passed the bill (HB-41) on Thursday 21-12. The House bill would fund organizations that offer "pregnancy support" through subcontractors. These clinics, often located near real family-planning clinics, are camouflaged as healthcare facilities, but instead they coerce women to undergo counseling and religious seminars and provide false information about fetal development and women's health.

Democrats voted in opposition, saying that clinics providing health services should not be faith-based.

Taxpayers have been funneling money to anti-abortion centers since 2006. At the time, the $4 million funding bill had to be reviewed and renewed every fiscal year. Now, with this new bill that would not be the case.

However, this bill is nothing new to women. The state passed an abortion restriction bill in 2016, which cut off funding for preventive services at clinics providing abortions, such as Planned Parenthood.

The funding under the new bill benefits the Department of Health, which has a contract with the Florida Pregnancy Care Network. The FPCN runs more than 100 anti-abortion centers, according to Tampa Bay Times. The bill will require at least 90 percent of the state funds be spent on these anti-abortion centers.