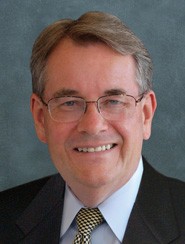 This week in Happytown, we told you about a bill introduced in the state House of Representatives that would make it legal for private adoption agencies to refuse to adopt to families based on "moral or religious" objections. Unlike in Indiana, where politicians pretended that, oh gosh, their discriminatory religious freedom laws weren't intended to single out gay citizens, our legislature came right out and said it – they simply don't want gay families adopting children.

The backstory is this: Last month, the House assembled a bill that would pretty much overhaul the state's adoption and foster care system to give people more incentive to consider adopting kids. Part of the package would repeal a law on the books, which was declared unconstitutional five years ago (and thus, unenforceable), that declared adoption by same-sex couples illegal in Flroida. It was pretty much just a bit of common-sense housekeeping, and the package passed. But then Rep. Jason Brodeur, R-Sanford, pulled a rabbit out of his hat – he introduced a whole new bill that would make it perfectly legal for private adoption agencies to refuse to adopt to gay families if it violated their beliefs, and they could even keep collecting public dollars if they did so. And then, suddenly, state Rep. Dennis Baxley, R-Living-in-Some-Bigoted-Place-in-His-Head, started talking about the fact that, even though he initially voted for the big omnibus adoption bill that included canning the anti-gay language, he's prayed on it, and he no longer supports it because he does want us to ban gay adoption. He now wants a do-over on his vote.

“I don’t hate anybody. I don’t want to discriminate against anybody. I’m not phobic, but I simply can’t affirm homosexuality. My compass won’t go there, knowing what I know biblically. And so I ask people to please understand the circumstances," state Rep. Dennis Baxley said in an interview with a Tampa radio station earlier this week, explaining his position on the bill.

On WMFE this morning, we talked about how Brodeur's bill did not have a companion legislation in the Senate, but some were concerned about the possibility that it could be tacked onto the adoption-reform package that's moving through both houses this session. If that compromise were made, it would have, once again, written discrimination into Florida law. Fortunately, saner minds prevailed – yesterday, the Senate decided to strike the gay-adoption ban from the books, and yesterday, Sen. Don Gaetz, R-Niceville, went to bat for that decision. You can watch video of his speech below:

Despite the protests of conservative lawmakers like Sen. Kelli Stargel, R-Lakeland, who are wringing their hands that adoption agencies with religious affiliations might leave the state if they're not allowed to discriminate against LGBT families, it's looking unlikely that the House's anti-gay bill will have any legs this session. As Gaetz says in his speech: "We don’t need to turn the social clock in this state back to 1977."