Florida health officials pushed to give go-ahead to edible marijuana 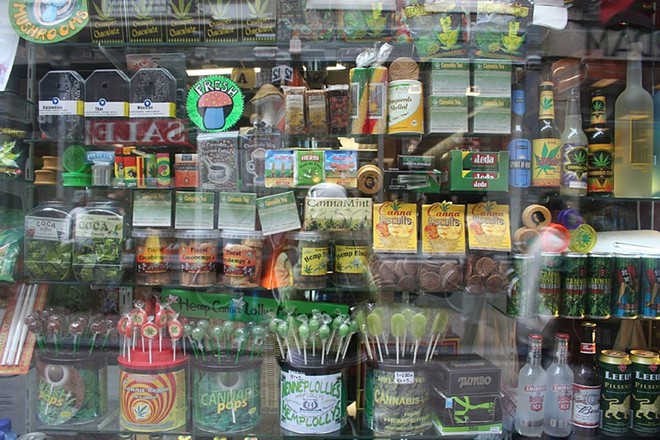 Photo by nickolette via Wikimedia Commons
A medical marijuana operator is demanding that the Florida Department of Health develop a regulation so vendors can begin processing and selling edible marijuana products to patients.

In a petition filed Friday, Surterra Florida asked health officials to start a rule-making process involving a new law designed to implement a voter-approved constitutional amendment that legalized medical marijuana for a broad swath of patients.

The new law, approved during a June special session, allows the state's medical-marijuana operators to sell edible products —- currently banned in Florida —- to qualified patients, so long as the products aren't geared toward children.

To “discourage consumption of edibles by children,” the law requires health officials to determine “by rule any shapes, forms, and ingredients allowed and prohibited for edibles.”

The law also prohibits medical marijuana operators from processing or selling edibles until the rule is finalized.

“As such, patients receiving treatment from the petitioners' medications are barred from doing so via the consumption of legally produced edibles,” a lawyer for Surterra wrote in a petition filed Friday with the Department of Health.

Under Florida law, the agency has 30 days to begin the rule-making process or provide a written explanation for not doing so.

“Many patients have been seeking edible products because it is the best format for them to find relief,” Surterra Florida President Wesley Reynolds said in a statement announcing the petition. “Surterra Wellness has and will continue to fight for access to medical cannabis, and this is just a continuation of that cause. The more available options for people, the more likely they will be able to use a cannabis product instead of highly addictive and easily abused opiates.”

The health department already intended to address the edibles issue before the petition was filed, according to spokeswoman Mara Gambineri.

The new law “mandated that we have to create a rule on edibles, so we've already been planning on doing that,” she said. “It's part of all of the rules and regs we're working on right now.”

Gambineri could not say when the new regulations would be released.

“There's so much in (the law) that we are working through. We don't have an exact timeline for each rule,” she said.

Surterra's petition is the latest kink related to the new law, which expanded the number of licenses that must be awarded to operators in what could turn into one of the most lucrative medical marijuana markets in the country.

The law called for an overall increase of 10 licenses by Tuesday, including one license for a black farmer who had been part of settled lawsuits about discrimination by the federal government against black farmers.

Last month, Columbus Smith, a black farmer from Panama City, challenged the law, alleging that it is so narrowly drawn that only a handful of black farmers could qualify for the license. The lawsuit contends that the measure is what is known as an unconstitutional “special law.”

On Friday, Florida health officials informed legislative leaders they would not be able to meet the Tuesday deadline to issue five new licenses, blaming the delay on Hurricane Irma and the challenge by Smith. Other licenses have already been issued.

The evolution of the state's medical-marijuana industry has been fraught with delays since its inception in 2014, when lawmakers legalized low-THC treatments for a limited number of patients.

In an apparent attempt to resolve past mistakes, health officials revamped the method by which the five new marijuana operators will be chosen. The agency is outsourcing the selection process to a vendor, who will hire 16 “subject matter experts” to evaluate the applications.

Potential vendors have submitted proposals, but the health department has not finalized a deal with any of the contractors, Gambineri said Monday.